Just a few days after I posted the above, a typhoon approached Taiwan, and gentle airstream from mainland brought us hideous smog.

Took these shots a couple of days ago; yesterday’s SCM Post said there was record smog – including record API of 202 at Tap Mun, well away from HK city. Note that on left, shot is before 5.30 – a few days earlier (with winds off the sea), had been intense blue sky, not feeble blue shading into grey. 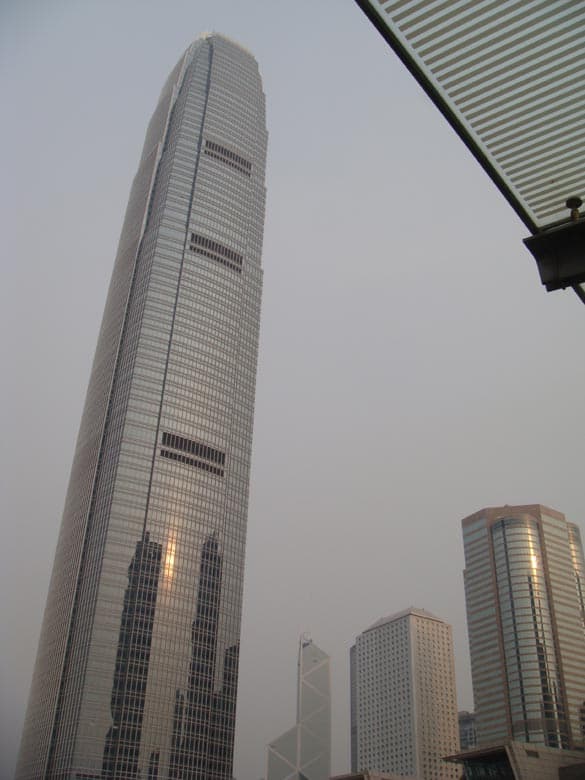 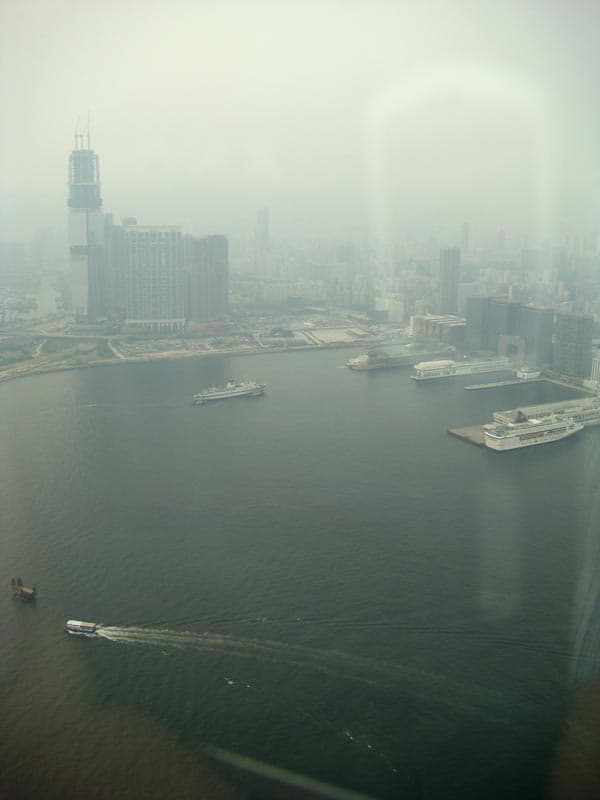 Once again, our smog is making international news, including in the Guardian:

Quote:
Hong Kong choked in a thick, hot blanket of air pollution on Tuesday with the city gearing up to host Olympic equestrian events, prompting one leading riding nation to bemoan the less than ideal conditions.

Hong Kong chokes in pollution as horses arrive [the Guardian]