Went to Lantau today; partly for day out to some great places, also to see some of damage caused by Typhoon Hagupit – chiefly by the storm surge, coupled with winds to around hurricane force. 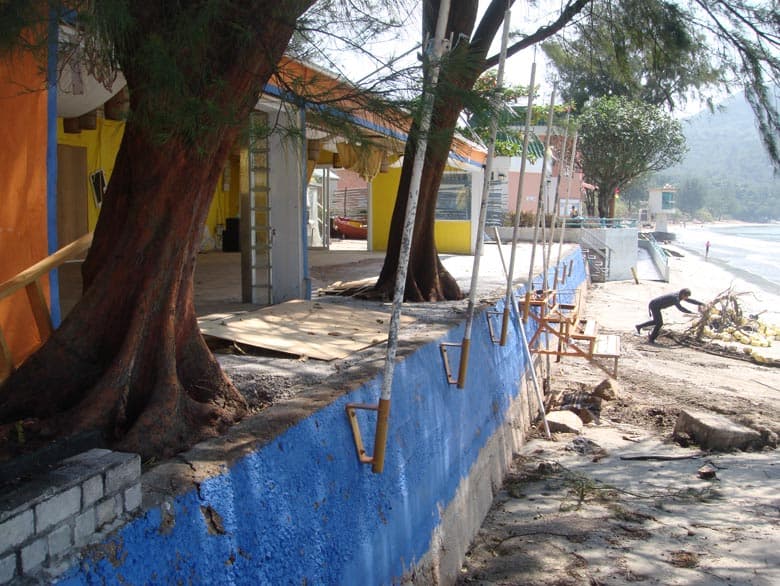 We walked to Pui O; here saw the badly hit Treasure Island. Notice where paint ends on wall; below this was sand before I believe. [BUt far more sand stripped away at Tong Fuk, later] 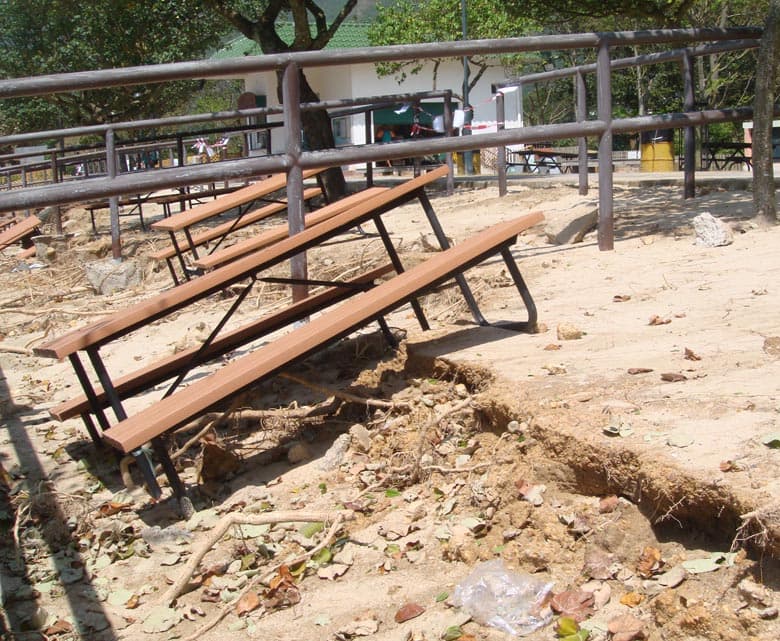 Near Treasure Island, by campsite, a row of picnic tables were at crazy angles like this – as sand evidently washed away from below them. One of the tables had been tossed onto beach above the tideline. There were some trees down along tideline, too. 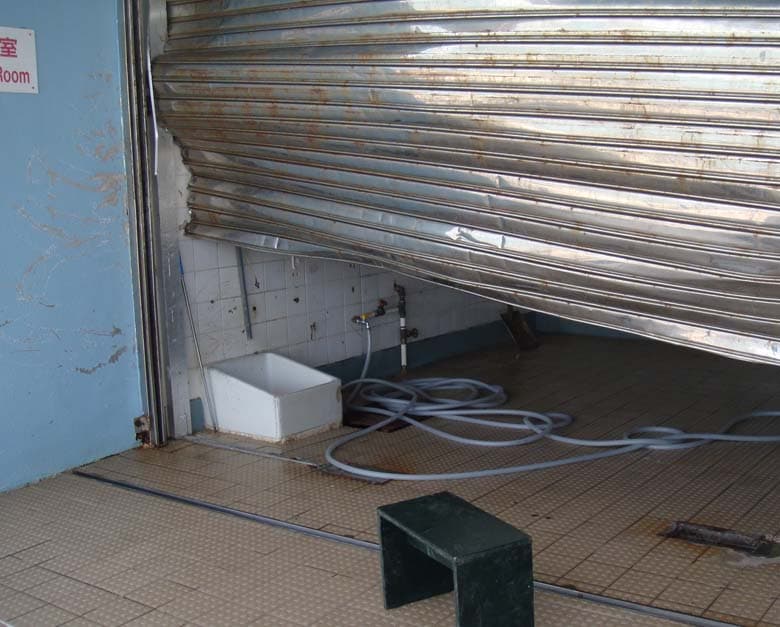 Next, headed to upper Cheung Sha (western end of the beach). The swimming beach facilities had been badly hit; inc this metal door bashed. 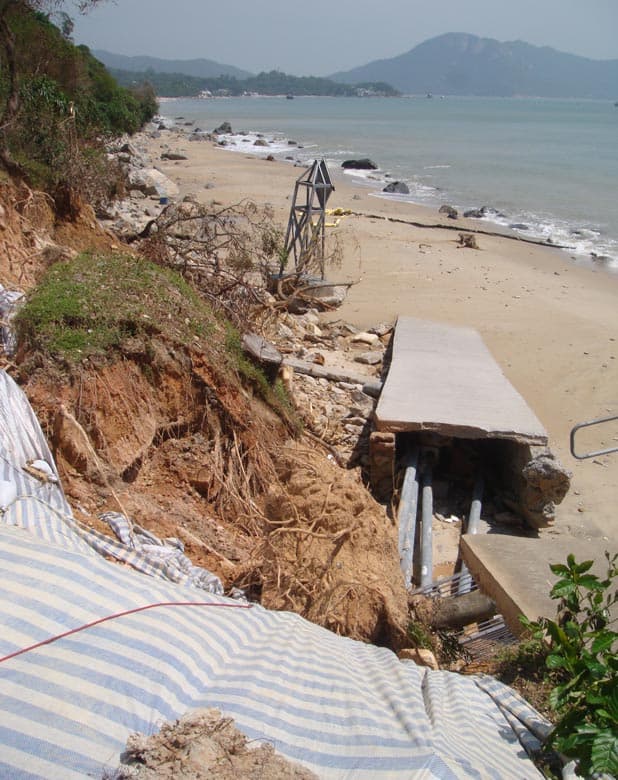 There had been a path down to the beach beside the swimming facility; this had been wrecked – several trees were down above tideline near this. 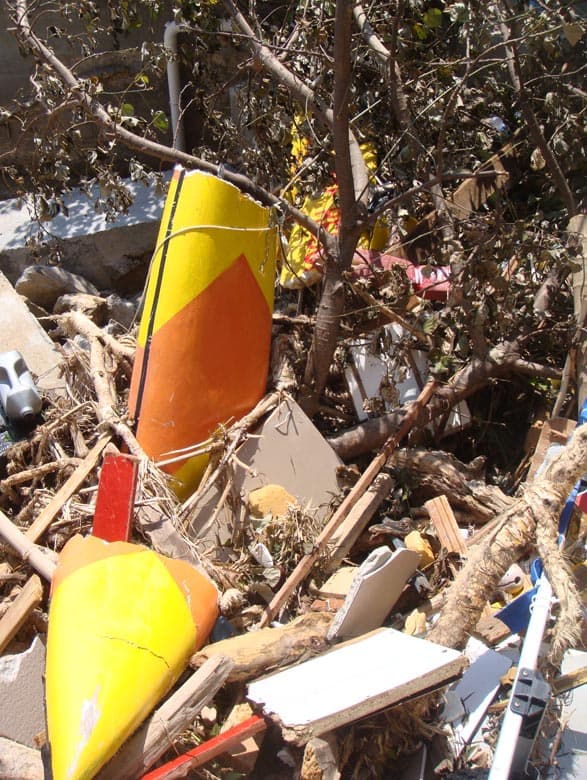 Just by this broken path was a pile of debris, including remnants of a lifeguards’ rescue boat. 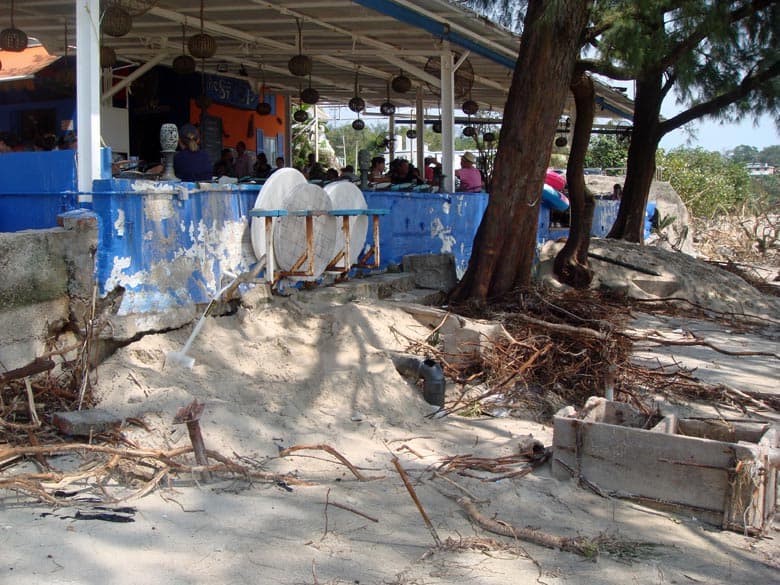 We later went to Lower Cheung Sha for lunch. Compared to Treasure Island, seemed restaurants here had fared pretty well, tho again the wind and waves had caused damage, and sand had been eroded away. Here’s the popular Stoep – less shady after large tree or two down. 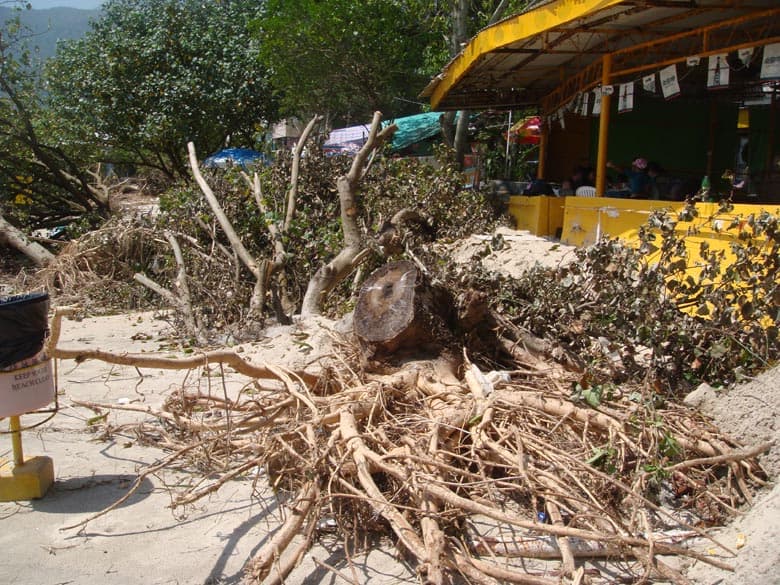 Here’s a tree down right outside a Thai restaurant next to the Stoep. 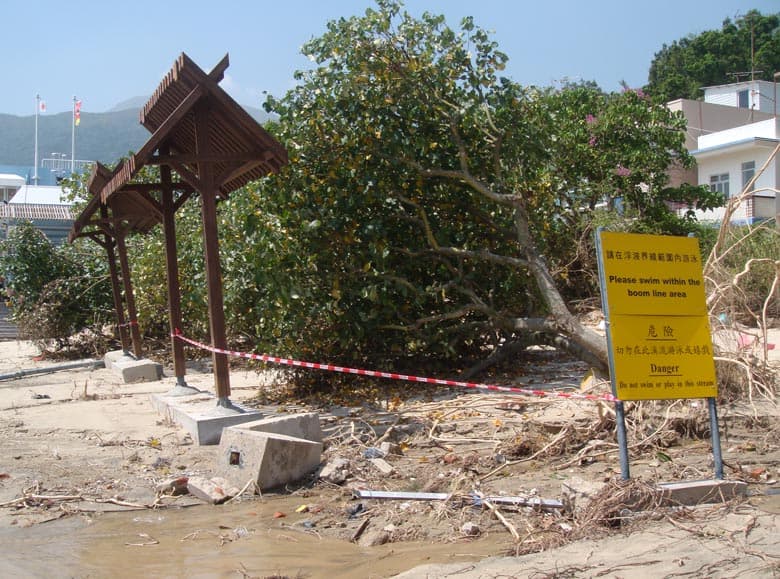 – and here, a row of battered trees just west of the village. In foreground here, there was previously a small stream and a pool. 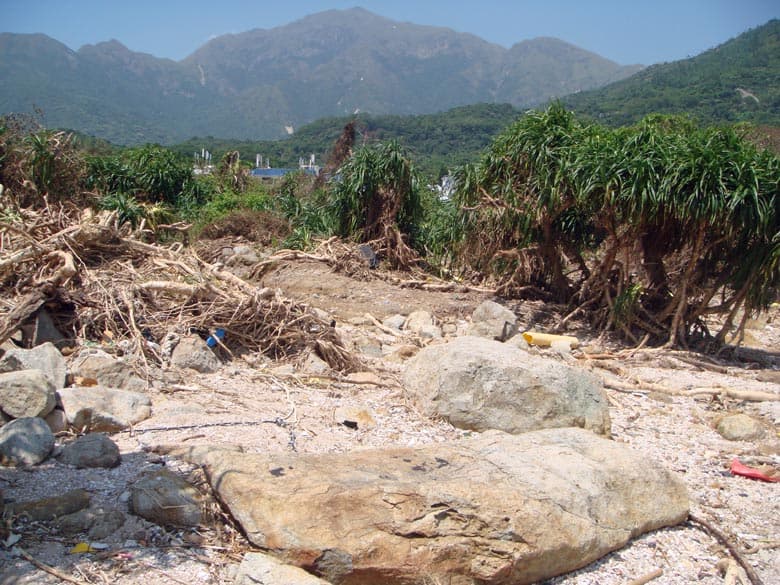 We also went further west, to Tong Fuk. Here, there had been far more erosion than even at Cheung Sha, so close by. This scene was reminiscent of tsunami damage I had seen on south coast of Sri Lanka (tho on far smaller scale): likewise about ruined, w soil, vegetation gone, to a line, above which all seemed about normal. 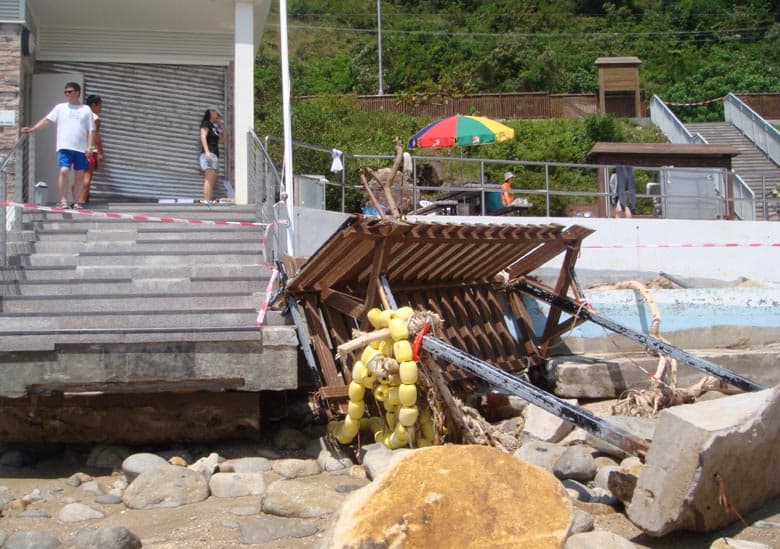 At Tong Fuk beach swimming facility (lifeguard etc here), major damage. Also, sand had been stripped from the beach, even exposing some huge boulders that had been covered with sand. The steps and paint on the wall indicate former sand level – I reckond a couple of metres of sand had gone. 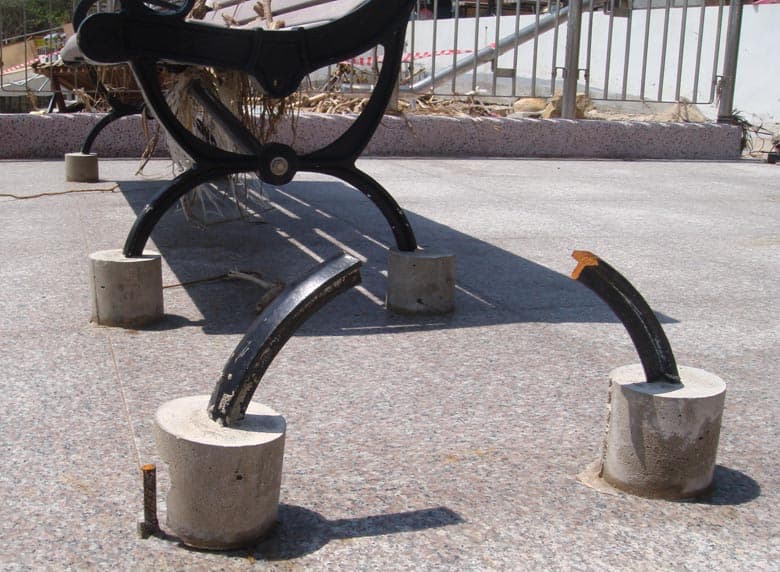 Also missing from Tong Fuk – a bench. All that remained were these supports, made of thick metal – snapped right through by the force of the waves.