Several of my favourite places for eating outside in Hong Kong aren’t fancy, but are ace places to spend some time -preferably if can relax without some darn pandemic surging!

After I’d always thought that “al fresco” was a fancy way of saying “outside” (as in, “Dahling, I do believe we absolutely must dine al fresco tonight. Won’t you open the Pimm’s?”), I’ve done a Google search and found that someone had looked for a definition, and discovered that “fresco” is Italian for “cool”.

Which is fine by me, as several of my favourite places for eating outside in Hong Kong aren’t fancy, but are well cool.

Although Hong Kong is sub-tropical, the urban areas are far from blessed with restaurants offering the chance to eat outside. Space is part of the problem; the city is tightly packed. But – till recently at least – official attitudes have also proven troublesome, with outdoor eating and drinking too often restricted or prohibited.

I once asked someone in the government department that’s largely responsible why this is: he told me something about it being for hygiene reasons – not sure if he meant that food might be suddenly smothered in germs if carried from indoors to out. It seems ironic, then, that during SARS, people here shunned crowded indoor areas: eating and drinking in the open air suddenly seemed safest. In May 2009, there was kefruffle re al fresco dining in Central area; busybody councillors figuring maybe it should be stopped, as tables etc take up public space.

Ah, well, can hope commonsense will be found somewhere, and will prevail. Especially as I update a little in spring 2022, with Covid surging and set to remain with us.

Here’s a short list of places that I rate for eating outdoors. While a few are downright basic, all have character; they include places where you can enjoy views of beaches; of fishing boats in a harbour; of greenery, trees, and big open skies. And, where you can see little but the sides of tall buildings – for the list starts in the city, then moves out, across Hong Kong Island, to the New Territories north of Kowloon, and on to various islands.

Wing Wah Lane, a small cul-de-sac off Lan Kwai Fong, has Malaysian and Thai restaurants with rightly arrayed tables; it’s popular most fine evenings, and has a far more laidback atmosphere than in much of Lan Kwai Fong.

Nearby Soho isn’t quite such an al fresco area, though a few restaurants have tables outside.

The terrace of the Peak Lookout: a tad pricey for what’s on offer, but add in the ambience, especially in the evenings, and it’s worth a trip. You may need to book for a table. 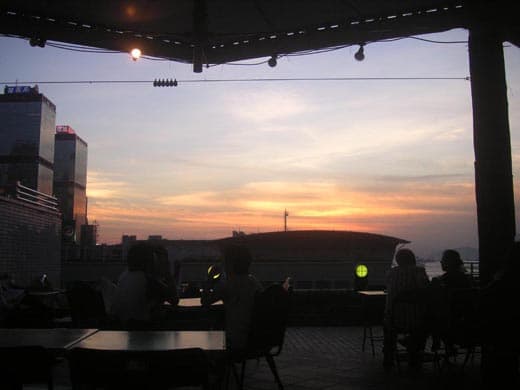 The Discovery Forest atop the Discovery Bay ferry pier is in fine location. Good spot for lunch, at modest prices. Also good for beer and food in the evening – if it’s not mostly being used for a function.

Stanley Main Street has a row of bars and restaurants, with food including Italian, and pub grub. Also try the narrow streets in Stanley village (just above the main market “street”).

Cococabana, was near Mo Tat in southeast Lamma; and proved a good place to while away a few hours dining on Mediterranean cuisine and, perhaps, quaffing several glasses of sangria. In winter 2005/2006, moved to 2/F Beach Building, Deepwater Bay. Tel. 23282138.

Cheung Sheung, Sai Kung peninsula: hilltop noodle stall, food hardly gourmet – seems they specialise in soya milk, food includes simple noodles with fried egg (and spam like stuff if you wish?), but this is a wonderful place to halt during a hike; it lies along the Maclehose Trail.

Ham Tin, Tai Long Wan – better food than Cheung Sheung, including fried rice, noodles and so on; not in itself worth crossing the ridge for, but what a location.

Pak A, east of Sai Kung: top coastal hamlet, with couple of great seafood restaurants. Perhaps Hong Kong’s ultimate place for an outdoor restaurant lunch. Sadly, there isn’t a regular boat service, though you can arrange a pick-up for HK$600; so unless you’re on a private boat excursion, you may find it best to hike there.

Luk Keng, in the northeast New Territories, has a couple of dai pai dong style cafes that look across an inlet to mainland China (Sha Tau Kok); these could be very handy for lunch if you’re hiking in this corner of Hong Kong. Set side-by-side on a roadside corner, they’re the Chan Fung Kee Cafe, and the Happy Cafe (speciality: chicken baked in salt).

Wu Kau Tang, a little south of Luk Keng (near Bride’s Pool), there’s a village house with a simple kitchen just outside, serving lunches – and drinks including beers – to hikers. It’s a no nonsense spot, with tables on the concrete forecourt, but the setting’s fine. (Haven’t tried, but met some happy eaters, who told me the chicken, pork and vegetables are good.)

Tai Mei Tuk, east of Tai Po Market and near Plover Cove Reservoir, has a row of restaurants. Can be a bustling place, but some good spots to eat, with reasonable variety. I’ve often been to a Thai place – best for dinner, but pleasant at lunchtime; been advised, “you should visit Richard at Luca – he used to run Gourmet Kitchen in Soho in HK Island…..it’s good !”

Cheung Sha, Lantau: has several restaurants along the tideline above the beach.

Mui Wo on Lantau is an unlovely place near the ferry pier, but has a few worthwhile places for food, including Bahce Turkish Restaurant Bar & Cafe in row of shops on left as you face inland from the pier, and a pizza place and an Indian restaurant (was the Hippo Bar; retained Hippo in the name) right across the bus station from the pier. Plus, the popular China Bear, a pub with grub on waterfront near the ferry pier.

Tai O mostly not great, but the fish n chips place near the bus stop is well worth trying.

Cheung Chau waterfront boats an abundance of seafood restaurants, with good prices, loads of local character (they’re very popular with fishing families – a true sign of quality; also keeps them competitive), overlooking the harbour. Maybe best to avoid one with big fish tanks, trying places that are favoured with locals. There’s also a Nepalese/Indian restaurant-cum-pub (Morocco’s) to the left of the ferry pier. So Bor Kee, among restaurants left of pier, has some spicy Hunan-style dishes.

Po Toi island seafood restaurant – Ming Kee – is a top spot after a bit of hiking and/or swimming (you wouldn’t just trough here after lazing around on a junk the whole morning, would you?!). Also a very few simpler restaurants, w noodles and the like.

Tung Ping Chau has a few old village houses that double as small restaurants on Sundays and public holidays; I’ve visited over several years, and favour Tung Ping Chau Store north of the ferry pier – walk to first village, pass one eatery spot on right (may be good, I’ve never tried it), and it’s up a slight slope, on the left, with big terrace. With ever more people going to the island, the menu is much improved since I first went – now including squid, vegetables, fried rice, noodles etc. As well as being a fine location, it helps that the people here seem friendly too.

Victoria Harbour sides: pathetic there’s virtually nowhere good I can think of for waterfront meal n drink (remember Blake’s Pier, I think it was? – food a tad grotty, but a fine site); just Discovery Forest atop Discovery Bay ferry pier, which better for a chilled out drink with a view than food; maybe Waterfront Bar & Terrace in Whampoa, Kowloon. There’s also a good cafe, Cafe 8, above pier 8 to east of the Star Ferry pier in Central: real nice for light meal w coffee or perhaps beer.

Po Lin Monastery – haven’t tried for a while, but when last there, it was like fast-food slopped out by monks – with not even a “would you like noodles with that?” (I was recently told that although alcohol isn’t allowed, there’s a vending machine you can buy beer from.) 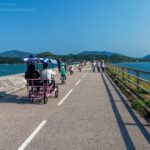 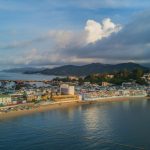 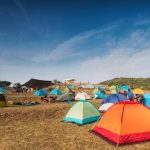 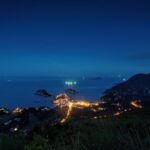 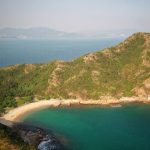 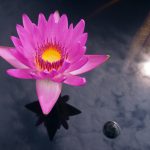 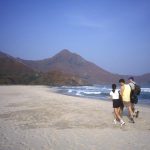 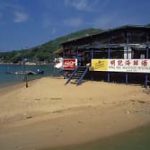 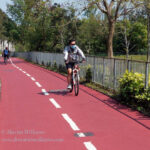