Early on a fine summer morning, Hoi Ha Wan – “Bay Beneath the Sea” – seems wonderfully serene, with the calm waters reflecting Hoi Ha village’s cluster of pale, three-storey buildings, which are set low on otherwise verdant hillsides, beside a lagoon at the mouth of a stream. Yet as with too many places in the rural New Territories, there are behind the scenes conflicts between conservation and development, though it makes for a wonderful outing.

Arriving at the village, you quickly notice it’s mainly a cluster of around thirty Spanish-style villas, some built here, there, wherever someone could get permission from planners. So it’s best to quickly make for the natural surroundings.

One of the best places to head lies along a path west of the village. The start of the route is not obvious: from the minibus terminus, drop down a path to near a toilet, then walk towards the coast along a concrete path that soon becomes a rough trail through woodland and scrubland, looking for a left turn where there’s a splash of red paint on a rock.

The faint path soon passes a fine banyan tree by a pleasant glade, before crossing an open area that’s often marshy. There’s a stream crossing, where you jump between boulders (don’t cross if the stream is in spate, as it becomes dangerous), before a little scrambling, and you arrive at a beach.

But there’s also a stretch of trail that years ago was wrecked by pounding waves, and remains broken. Much like the start of the trail being faint, hard to find, this reflects an oddly lackadaisical approach to managing the marine park, which the government established to protect one of Hong Kong’s premier coastal sites.

While Hoi Ha Wan is noted for its corals, this beach is a wonderful place, where you can revel in the scenery, and perhaps paddle along the shoreline. The sand is fine, comfortable to walk on barefoot, and during the dry winter forms an 80-metre long sandbar that guards a lagoon fringed by mangroves. On calm days, the lagoon is like a mirror, reflecting trees, rocks, green hills and sky.

At low tide, you might return to the village by wading across the channel through which the stream flows to the sea. Otherwise, retrace your steps along the almost forgotten path.

A path through the village leads by a small cafe where you can rent kayaks and snorkelling equipment, to a concrete path skirting the east shore of the bay. A couple of minutes’ walk beyond the houses, there’s a footpath on the left to a beach that is popular with visitors.

This can be a pleasant spot for a picnic, and for simply chilling out, well away from the hurly burly of city life. You could swim here, too – taking care as there is no lifeguard service.

Just across the main path, there are two reconstructed lime kilns. These are built from stones, stacked to form a structure around the height of a living room, with two chambers within, opening to circular chimneys roughly the diameter of a beer barrel, each with a smaller opening at the base. In the original kilns, villagers made fires to bake seashells and coral fragments to create lime for uses including house building and fertilising crops.

A few minutes north of the kilns, there’s a flight of steps down to a simple concrete pier. In the shallows immediately north of here is one of Hoi Ha’s main areas of coral. You can snorkel to explore it, and quickly find patches of coral, sometimes forming blue-green miniature ranges of hills, orange domes, and arrays of vertical plates.

While corals are easily found, there’s a paucity of fish, which are mostly barely longer than your hands, and have muted brown or blackish tones – quite unlike the rich diversity and vibrant colours of fish in typical coral areas worldwide. The reason may be extreme over-fishing, as while it’s illegal for you or I to catch fish in this marine park, several hundred permits allow fishing here, including with nets that trap even tiny fish.

If it seems odd to allow fishing like this in a marine park – imagine permitting people to catch Mai Po birds for use in feed! – so too does the fact there are no facilities to help you see the marine life of Hoi Ha, even though it’s known for being our best coastal sites for corals, with 60 types recorded, plus 120 species of fish. After snorkelling at high tide, you might easily leave the water via the pier, but at low water you must scramble carefully over large rocks.

Further north, the path curls eastwards, to pass the WWF Hong Kong Marine Life Centre, which is sadly closed to casual visitors. You could continue round the coastline, leaving Hoi Ha Wan to walk alongside Long Harbour to Wong Shek Pier. Or, again retrace your steps, this time aiming for nearby Pak Sha O.

Classic village in a superb area

Pak Sha O is a traditional Hakka village, tucked away in a wooded valley. You can find it by walking around 400 metres south along the road from Hoi Ha. After crossing a stream, look for for a footpath on the right. This takes you through trees, then by a patch of farmland where fruit and vegetables are grown, to arrive by white-painted, two-storey houses in a corner of the village.

Hakka farmers built Pak Sha O around the middle of the 19th century. Rather than houses being just built here and there, as typical of Hong Kong villages today, they were neatly placed, mainly in three rows arranged along a gentle slope. The main houses followed the prevailing styles of villages at the time – each with a downstairs living space, and a wooden ladder up to a cockloft used for sleeping.

There was also a grand family compound, complete with ancestral hall and watchtower – built with the founding Ho family’s profits from recruiting crew members for ship companies. This became officially classed as a Grade 1 historic building; two houses were given a Grade 2 rating, and a fine church just above the village has a Grade 3 rating. Even so, by the mid 1980s much of the village was in disrepair, as families had moved out, some heading to the UK.

But then, a couple arrived from the UK, renting a house and sparking a revival, leading to most houses being renovated to become homes for a new wave of Pak Sha O villagers. Today, you can admire these houses, perhaps walking up to near the church, as well as enjoying the surroundings, while hoping a developer’s plans to profit from constructing a host of modern style buildings are stymied.

Maybe you will agree with historian Patrick Hase, who told me via email this is one of the finest villages in the New Territories, adding: “The whole Pak Sha O area is just superb.”

Minibus 7 from Sai Kung Pier serves Hoi Ha, and can stop by the path to Pak Sha O. On busy days, you may need patience awaiting a return minibus from Hoi Ha, as there can be a substantial queue, while the service frequency remains around once ever half hour; and if you have visited Pak Sha O, it is probably worth walking down to the Hoi Ha terminus, rather than perhaps finding passing minibuses are already full. 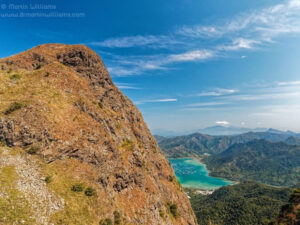 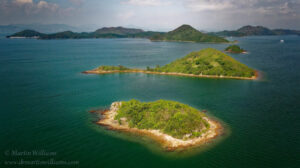