Perhaps surprisingly for a densely packed metropolis, Hong Kong is home to a rich biodiversity, with impressive numbers of plant and animal species, some of which are rare worldwide, or even found nowhere else on earth. In part, this is because along with urban areas there are relatively wild, sparsely populated stretches of countryside, along with an extensive coastline bordering the Pearl River Mouth to the west, and with more oceanic waters in the east.

A condensed, relatively simple story of “wild” Hong Kong might start around 18,000 years ago, at the peak of the last ice age. Large expanses of the northern hemisphere were covered by ice sheets. In Asia, permafrost reached as far south as Beijing.  With the sea perhaps 120 metres lower than its present level, Hong Kong’s hills were at the northern edge of a coastal plain, extending some 120 kilometres to the south.

As the ice sheets melted, the sea rose, eventually reaching Hong Kong, where isolated hills became islands, flooded valleys were transformed into bays. The climate warmed, becoming more sub-tropical, in turn resulting in changes to local ecosystems, which on land may have mainly been broad-leaved evergreen forests. While for many plants and animals there were opportunities to spread northwards, species unique to the coastal plain had to move to higher land, or perish.

While early humans inhabited the forests and coastal areas, they may have had little impact on ecosystems until around 4000 years ago, when farmers began clearing land to grow crops and rear livestock. Within the last two thousand years, influxes of settlers from the north resulted in increased deforestation, and transformation of landscapes around villages, particularly as lowland areas were used for rice cultivation, and hillside trees were felled, including for charcoal production. Inshore waters and coastlines were transformed, too, such as through coral and shellfish collected for a thriving lime industry, reclamation and coastal lagoon creation for salt production and shrimp farming.

In 1841, Hong Kong Island was ceded to the British, and was dismissed by foreign secretary Lord Palmerston as “a barren island with hardly a house upon it.” The slopes were indeed mostly deforested, yet the island was not barren, with grassy slopes, and damp gullies and valleys still hosting remnants of woodland where botanists found various species that were new to science.

Reservoirs were built at above Pokfulam and at Tai Tam, and the government planted hundreds of thousands of trees in their catchments – creating new woods that could act like sponges, storing water during rains and releasing it afterwards, while limiting erosion. Though there was further deforestation during the Japanese occupation from 1942 to 1945 – by which time Hong Kong also included Kowloon and the New Territories, tree planting and forest protection efforts resumed afterwards, likewise prompted by a need to secure water supplies.

In August 1976, the government enacted the Country Parks Ordinance, leading to the establishment of 21 country parks over the next three years, chiefly encompassing water catchments, with other goals including development for recreation, and nature conservation. Today, there are 24 country parks and 11 special areas, covering around 40 percent of Hong Kong’s land area.

Also in 1976, the government enacted the Wild Animals Protection Ordinance, with conservation measures such as prohibiting the hunting or possession of protected wild animals; but excluding fish and marine invertebrates.

While terrestrial plants and wildlife have thus been afforded a fair degree of legal protection – on paper at least – marine life has fared less well. Overfishing has devastated fish populations, and while trawling was banned in 2012, thus reducing seabed devastation along with benefiting fish, it was only in December 2020 that the government gazetted a regulation to ban commercial fishing in five of Hong Kong’s six marine parks.

In December 2016, the Environment Bureau published the Hong Kong Biodiversity Strategy and Action Plan (BSAP). According to this:

Our mission is to value, conserve and restore the rich biodiversity of Hong Kong, to ensure that it is sustainably managed and wisely used, and to promote the mainstreaming of biodiversity issues and values across all sectors of the society, with social and economic aspects duly considered and balanced, so that ecosystems of Hong Kong will be resilient and will continue to provide essential services, and the precious environment that supports and enriches the life of Hong Kong people will be passed on to the future generations.

Impressive though such tallies are, problems remain, and improvements can be made; BSAP has sadly proven to be far more plan than any actual action.

Perhaps if scientists and even citizen scientists [who might work in other fields] held more sway, Hong Kong’s plants and animals could further flourish with better protection, in turn delivering a wealth of ecosystem services – not least of which is the sheer joy of watching wildlife. 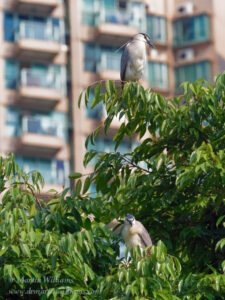 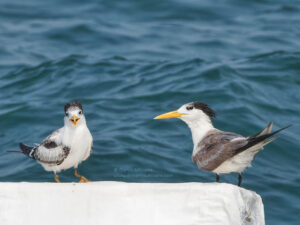