Tung Chung Bay, north Lantau, is in an area that has featured in China’s history, and is rich in biodiversity – yet will be devastated by expansion of Tung Chung town. 香港應珍惜東涌灣 [see below]

There’s a wonderful wetland on the north coast of Lantau. It’s a place where you can walk along the tideline, and see wildlife like shellfish and fiddler crabs, each male with a single huge claw for display, a tiny claw for feeding. Mudskippers – air breathing fish – flip themselves across wet mud. Kingfishers and herons are on the lookout for unwary fish and crabs.

The wetland is fringed by mangroves, with trees specially adapted to life in the inter-tidal zone. This is one of Hong Kong’s few sites for horseshoe crabs –  “living fossils” that have been on earth for 450 million years, with two of the world’s four horseshoe crab species breeding here. 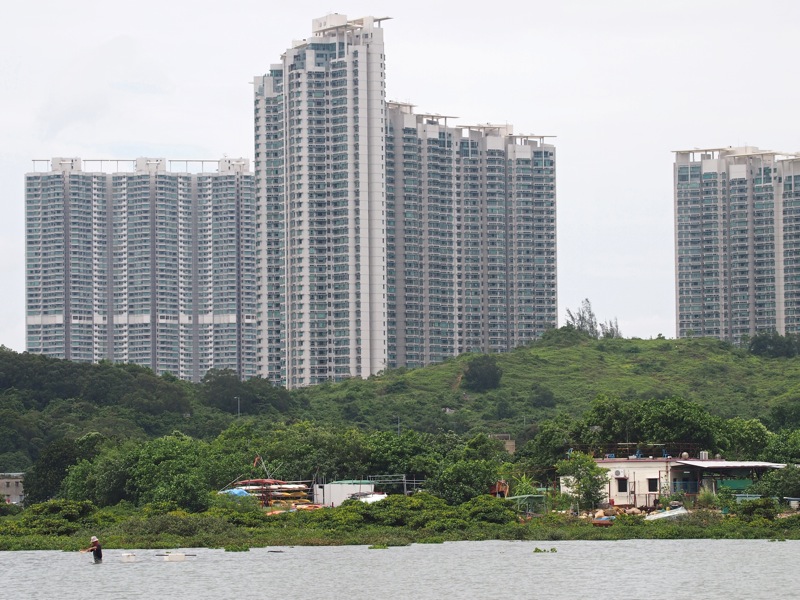 The wetland, Tung Chung Bay, is in an area that has featured in China’s history. Long before anyone had heard of Hong Kong Island, the last members of the Song dynasty fled to Lantau, pursued by a 200,000-strong Mongol army. They arrived in 1277, two years before the Song army’s final defeat. 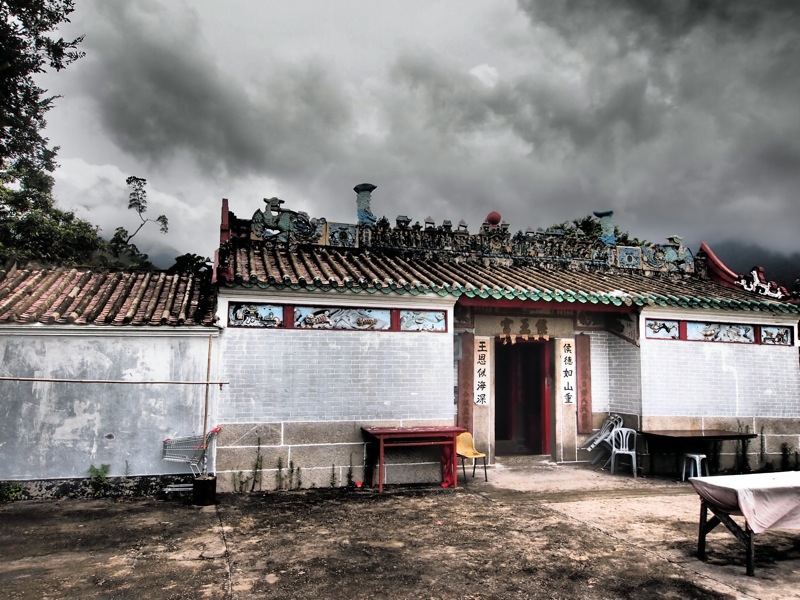 Today, the Hau Wong Temple stands by the bay, commemorating a general who bravely tried to protect the Song’s last boy emperors.

Nearby are the remains of a fort dating from 1174–1189, when it was built to combat salt smugglers, and a battery. The infamous pirate Cheung Po-tsai, who is said to have commanded a fleet of up to 600 vessels, was defeated just offshore in a battle with Chinese, British and Macanese ships.

Tung Chung River flows into the estuary, and is rare among Hong Kong rivers for being almost untouched by reservoirs and other schemes. The two main streams cascade down the slopes of Sunset Peak and Lantau Peak, and the river is outstanding for both biodiversity and scenery. There was a public outcry in late 2003, when boulders were removed from the lower river channel for landscaping work at Hong Kong Disneyland, leading to work on restoring the channel.

Yet now, the government plans to destroy most of Tung Chung Bay, lower river channel and nearby areas – for the expansion of Tung Chung. And a look at the map for planned reclamation and new constructions suggests this will be done with all the brute force and “brainpower” of the Incredible Hulk.

The map shows the bay, already reduced by reclamations for an existing housing estate, will be essentially destroyed to make way for more high-rise blocks, which will also spread up the lower river valley. This lovely area will be devastated, gone forever.

The plans date back to original work on the airport at Chek Lap Kok and associated projects. I recall a planners’ vision for Tung Chung as something akin to a mini garden city, which would be a fine place for residents and visitors alike. Yet looking at the Tung Chung that was actually built, it seems to me a soulless town of concrete blocks, where there is little for visitors to do but buy from factory outlets, or get out as fast as possible. 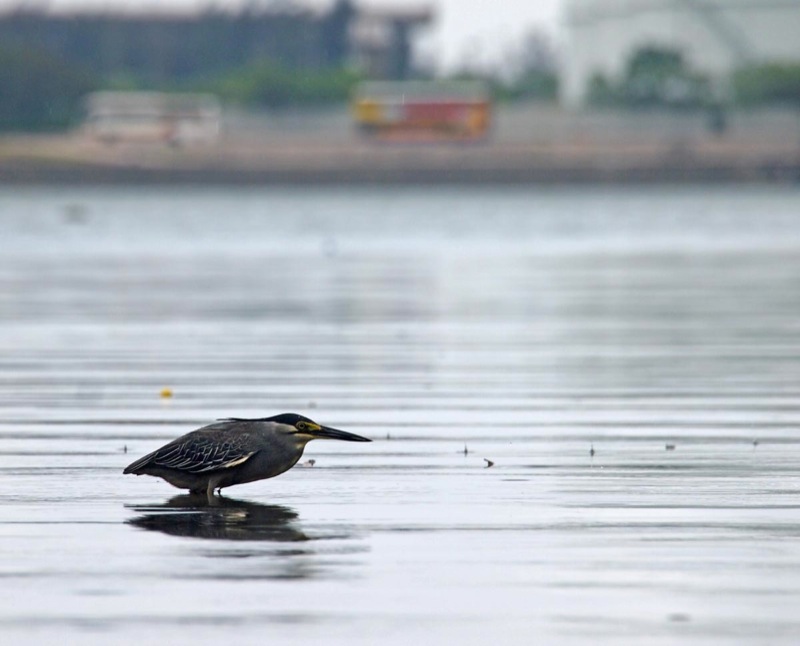 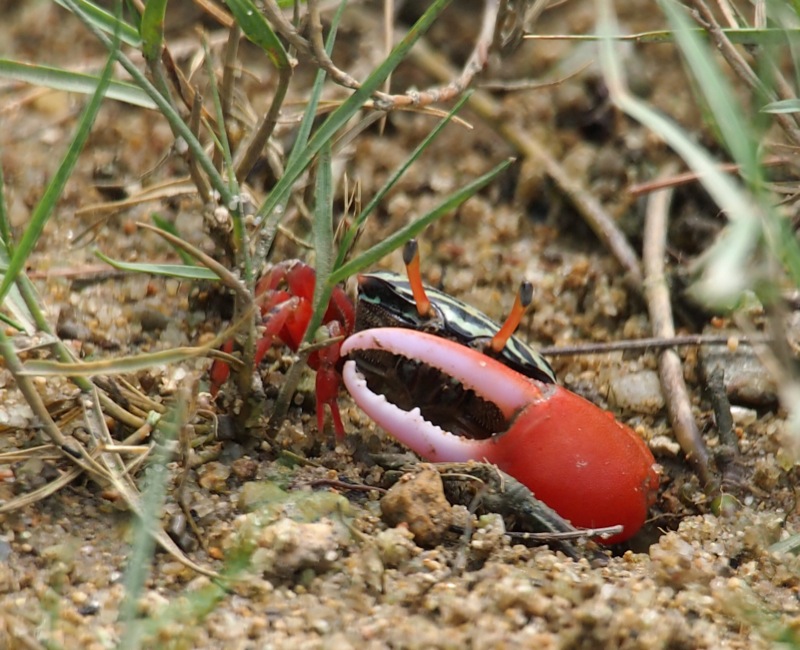 There’s irony in a property development being called Caribbean Coast. Perhaps there’s something Hong Kong style about this – admiring and coveting natural beauty half a world away, whilst building artificial environments and carelessly vandalising the superb wild places that are right on our doorstep.

Tung Chung’s creators made a place that’s both on and yet disconnected from Lantau, which Henry Tang once called “Hong Kong’s biggest and most beautiful island”. Now, instead of trying to integrate with Lantau, plans call for more of the same: more concrete, minimal soul, zero passion; not a place to nurture vibrant communities.

C.Y. Leung, Chief Executive and a founding member of the Countryside Foundation, is among those expressing support for expanding Tung Chung. After years of waiting, it seems there is a sudden urgency for fast tracking the developments and the destruction, never mind what environmental impact assessments might say. 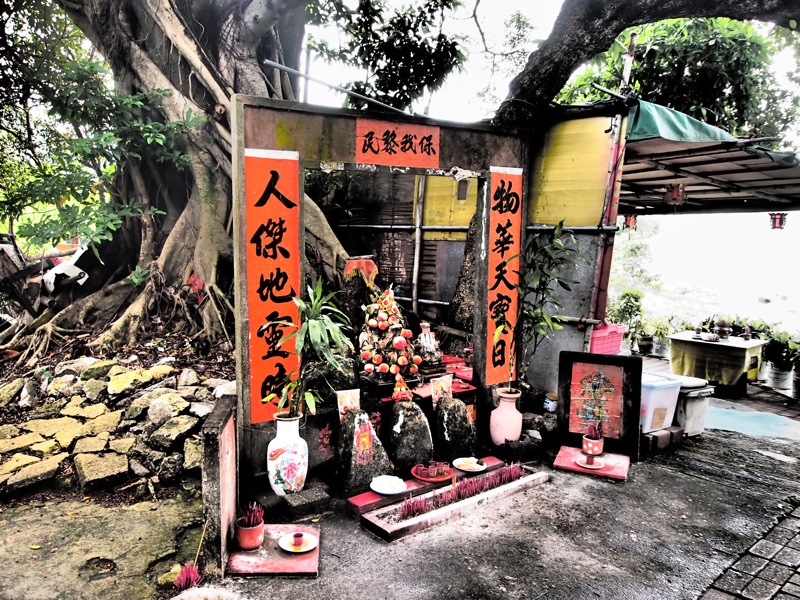 There is little reason for hope, but it is possible to envisage a different future for Tung Chung Bay and Tung Chung River. Visiting recently, I enjoyed walking paths by an old banyan tree, across tidal channels, and to Hau Wong Temple. I envisaged nature and heritage trails for visitors and Tung Chung residents, with facilities and conservation work. These could benefit local people – both bringing some extra income from visitors, but also making Tung Chung a better place to live, and raise families.

Green groups have made similar recommendations, in last bid efforts to protect Tung Chung Bay. In K.S. Wong, we now have an Environment Minister with expertise in green architecture – who could surely oversee more intelligent, more holistic planning for Tung Chung.

What do you think? Even if you live far from Tung Chung (I’m on Cheung Chau), the bay is surely a treasure that belongs to us all – and could belong to future generations. If you are curious, maybe visit the bay, for an enjoyable outing, and then perhaps add your voice for calls to protect Tung Chung Bay and the river.

Written as opinion piece for Ming Pao Weekly; appeared (in Chinese) on 11 August 2012.