With global warming only just getting started, according to scientists, it’s time for Hong Kong to move beyond talk and switching off lights for an hour one day a year

Early this month came news that Hong Kong ranked among the world’s top 20 port cities at risk from climate change, according to an ongoing study by the Organisation of Economic Co-operation and Development. Local assets at risk from threats including severe storm-surge flooding, storm winds and rising seas were valued at US$35.9 billion in 2005, rising to US$1.2 trillion by 2070.

Though it was easy to miss this news, no one here can have overlooked Severe Typhoon Vicente, which brought hurricane-force winds that roared across Cheung Chau and nearby, and carried rainstorms in its wake that deluged Sai Kung. Typhoons are not so rare here, yet Vicente was unusual as it intensified at a startling rate, powering up from tropical storm to severe typhoon in just 20 hours. 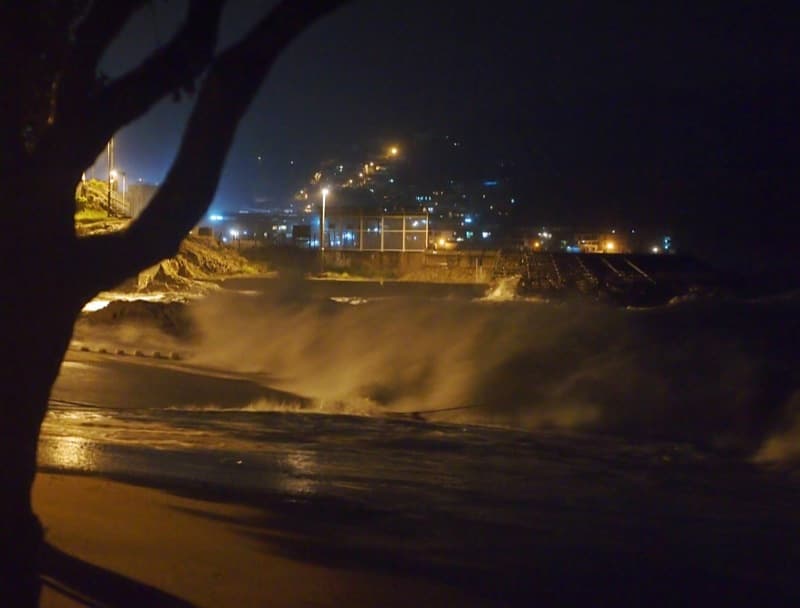 Lately, of course, unusual weather has become the new usual. This summer, the US has seen the largest drought in its history – even as Britain suffered unrelenting rains. This month was so warm in Greenland that sudden melting was recorded over most of the ice sheet. As Vicente began forming over the South China Sea last weekend, a 20-hour thunderstorm hit Beijing, killing at least 77 people.

None of these events can be ascribed with certainty to climate change. Yet all fit the changing worldwide pattern in which, according to Nasa scientist Dr James Hansen, the “climate dice” are loaded towards more extreme hot weather events.

But are these loaded climate dice rolling for Hong Kong, too? Do we have signs of global warming, with more hot weather events – and what may the future hold?

Firstly, temperatures are rising here, in line with trends worldwide including the mainland. Urban heat effects are making the rise fastest in the heart of the city, but in the past 30 years Hong Kong’s annual mean temperature has risen by 0.23 degrees Celsius per decade – around double the overall rate from 1885-2011.

Winter temperatures are rising, and if you thought there were more scorching days in recent summers, you are right: hot days and nights are more frequent. But what of more remarkable weather events, and especially the most awesome of all weather to hit Hong Kong, typhoons?
Typhoons are powerful tropical cyclones, essentially the same as hurricanes, and likewise require warm oceanic water to form. As ocean temperatures are rising, we can expect more and stronger typhoons, right?

Not so, according to Professor Johnny Chan, dean of the school of energy and environment at City University. “Tropical cyclones are a strange type of weather beast. Two basic factors are needed to form them: moisture and kinetic energy that spins cloud clusters to form the spin into a tropical cyclone. There’s no question that there is more water vapour, and heavier rain, but no studies have shown the spin has become stronger.”

Chan believes there are significant differences between the main areas for tropical cyclones, the Atlantic and the Pacific. “The Pacific is very warm, with a large area over 29 Celsius, while you need around 27 Celsius to form a tropical cyclone. For more storms, you need stronger atmospheric circulation, which might be the case during El Nino. But in the Atlantic, storms form off West Africa, where the sea surface is typically marginal at 25 Celsius to 26 Celsius, so there may be more storms as surface temperatures rise.”

A look at Pacific typhoon numbers since 1960 reveals a slight drop, with the fewest in 2010. Even so, Chan says there is no reason for complacency regarding typhoons and global warming. “Some computer models show there is potential for stronger storms.”

Plus, with sea level rise due to global warming, there could be even higher strong surges than in the past – with the Yuen Long-Kam Tin plain perhaps most at risk. Heavier rainfall might also accompany typhoons. “We need to think about adaptation measures,” says Chan, who is working with the Hong Kong government on preparing for typhoon flood risks.

While the situation regarding typhoons is complex, rainfall is more straightforward. Data from the Hong Kong Observatory reveals increases in amounts of rainfall, as well as days with heavy rain. Chan finds particular significance in the record for hourly rainfall. For around 20 years since records began in 1893, this figure was just under 90mm, but has since increased markedly, and the intervals between record years have shortened. The current record is 145.5mm of rain in one hour, set on June 7, 2008 – when parts of the city were flooded, bringing chaos on Lantau.

“With more heavy rain, flooding will be even more frequent,” says Chan. “In Singapore during the past two years, two downpours flooded Orchard Road. Imagine a half-metre flood along Nathan Road.”

Despite such floods, to many people living in the city climate change may still seem a relatively minor issue. Yet the impacts are evident in our countryside, such as changing populations of birds and butterflies. Impacts may even show up in our supermarkets – and demonstrate that this is a global problem – as the US drought is forecast to raise corn and other food prices.

But according to climatologists’ models, global warming is only just getting started. Projections by the Hong Kong Observatory indicate that average temperatures here could be more than 3 Celsius higher by the end of this century as we bring to an end a relatively long period of climate stability.
We should be yelling “enough!” We need to move beyond talk and switching off lights for an hour one day a year. With voluntary controls not working, Hansen has proposed a tax on carbon emissions, involving rebates to taxpayers.

The idea has attracted little interest, and we continue with business as usual. Here in Hong Kong, we have one of the highest carbon footprints in the world, so are doing more than our fair share to transform the planet, and in doing so radically alter Hong Kong, our home.