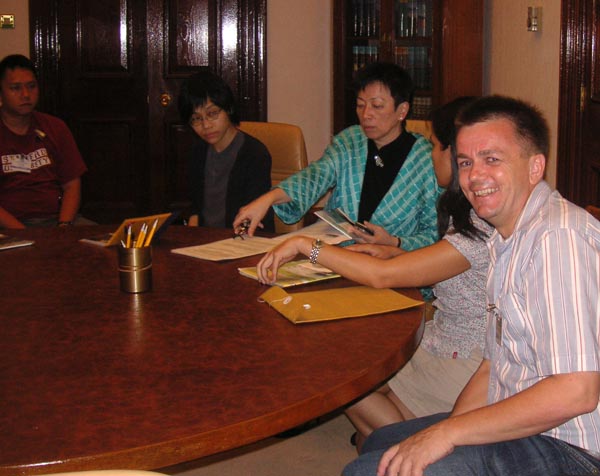 On Wednesday 19 October, I joined a small group of people from Lantau (all but one from Tung Chung; finding I’m from Cheung Chau, Selina C remarked, “So you’re a greenie”) for a meeting with Selina Chow – Legislative Councillor for New Territories West (inc Lantau), Executive Councillor, Chairman of Hong Kong Tourism Board etc etc.

Lasted just an hour; but managed to cover a fair bit of ground. Mostly in Cantonese, but some English too (for me – my Canto v limited, once need vocabulary beyond some v bad words). Ms Chow had much to say, tho there was dialogue, chance for those attending to expound various views, inc Tung Chung, Lantau as a whole, tourism.

So, what was discussed? Without having taken notes – or having understood everything by any means! – here’s what I recall:

Tung Chung Bay: a major issue to people attending. The Tung Chung residents oppose reclaiming Tung Chung Bay, as is planned (inc for a new MTR station). Instead, argued for it to be protected, partly as it can benefit tourism – has several potential attractions, including coastal temple; it also lies along lower route of the Skyrail from Tung Chung to Ngong Ping, which is set to be a major tourist draw (says Tourism Commission, anyway). Selina C agreed that people riding Skyrail would want to enjoy scenery; and not, say, pass over a construction site.
I added idea that in this area could do tourist attractions related to pirate Cheung Po-tsai (and his wives): his “navy” was defeated off nearby Chek Lap Kok.

Air pollution brought up by Chow, as problem for Tung Chung tourism. I mentioned – and others agreed – TC air pollution on average isn’t exceptional; it makes headlines in Hong Kong as sometimes get major peaks in pollution there – while on normal days, cleaner than much of HK.
This led to bit of discussion re air pollution in general; Chow accepting it’s a serious problem, inc for Hong Kong tourism. She’d just been with [delegation], mentioning concerns to officials in Guangdong, but hard for her to do anything. “You’re a powerful woman – while we’re just citizens,” I remarked; “Not as powerful as you might think,” said Chow.

Covered some ideas for tourism for Lantau, and outlying islands inc Peng Chau and Cheung Chau. This is crucial to the Sustainable Development Plan for Lantau I’ve drawn up (gave a copy), also to a Sustainable Tourism plan from Loy Ho of the Lantau Post, who also joined the meeting, outlined some ideas.
[Loy had recently been v annoyed by comment by Chow to effect that greenies were about halting economic progress – I’d rather looked forward to bit of a punch-up here, but sadly that wasn’t to be.]

Chance here for me to mention a bugbear: govt introduced licensing to try to stymie some bad tour operators, but managed to also make it very tough for people wanting to do some specialised guiding, such as to cultural or natural sites. Some agreement from others here; I mooted Singapore Specialised Tour Guide Licences as possible model for a solution – Selina C said she’d mention the issue to officials involved w tourism.

I also said the image Hong Kong Tourism Board promotes doesn’t help – heavily shows shopping, dining, Hong Kong as city. Chow protested this isn’t true; there is balance, and there are four pillars to promotion: shopping, dining, culture/heritage and ecotourism. But, I wasn’t swayed; I know various leaflets – even took some of the photos, wrote a bit of text. Next year, said Selina C, there would be more promotion of places outside city, with Discover Hong Kong 2006 Campaign.
Let’s hope so; anyway, I also gave her a copy of the Hong Kong’s Great Outdoors map.

Curiously though (thanks to Loy for noting this), Selina C seemed to contradict idea the TB promotes green side etc, by saying places like Lantau lack tourism “products”. Hmm, an odd view to me; Lantau has beaches, hills etc – and places elsewhere in the world manage to promote such attractions without always having “products”. And, I’d reckon, if you promote it, people will come – and the products will be created. 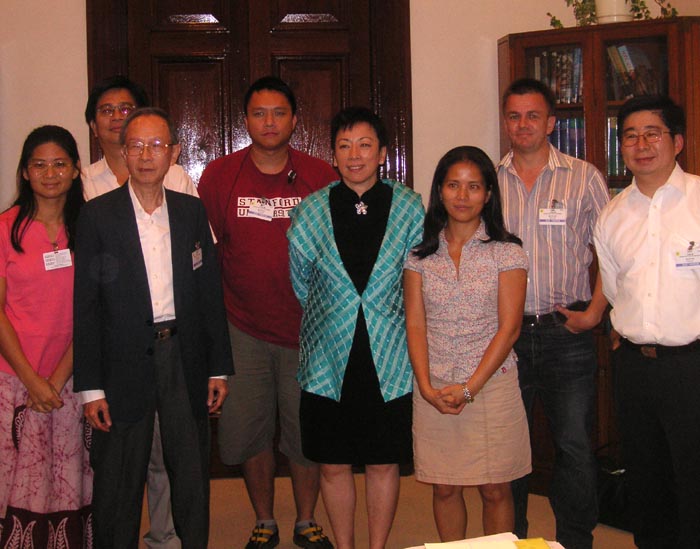