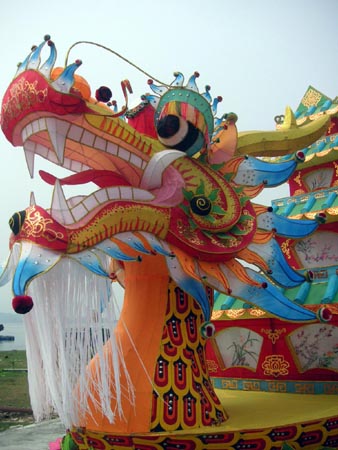 Joined a relatively new tour organised by the Hong Kong Tourism Board – the Northeast New Territories Island Hopping Tour: a boat ride through Tolo Harbour, to Double Haven, and back via Tap Mun. Includes some otherwise hard to reach places, and at HK$150 seemed a good deal (special – introductory – price in late 2006; regular price now HK$380. Seems that, ideally, should be a visitor to HK to join this; but what the heck…).

We met tour guide and other participants at HK University East Rail station, then walked down to nearby pier to catch the boat – a small ferry with air-con below, an open upper deck.

Guide gave commentary, over tannoy system. Turned out she had encyclopedic knowledge of the area, which was good; but there was barely a millisecond without commentary – so tough to know when to listen in for more interesting stuff, rather than tons of trivia.

After leaving Tolo Harbour, turned left – north – and entered Double Haven through Hung Shek Mun (Red Rock Channel). Here, turned into an inlet, and headed for Lai Chi Wo, a village on coast of mainland eastern New Territories (so, not just “island-hopping”). 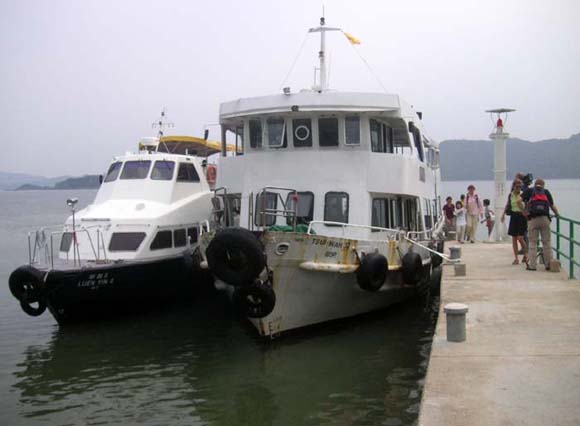 There was already another (local Chinese) tour boat at the pier when we arrived; had to walk through this to reach the pier. Was fine here, but doing same later, at Kat O, a lady in our group fell into the water: happily, she was unfazed, only had some scratches (and 71 years old). 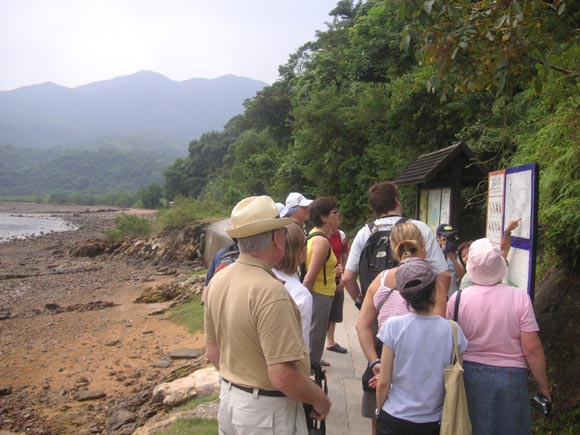 At signboard at end of the pier, guide gave some spiel re Lai Chi Wo.

I’d been before, so decided to skip the talk, and head on more quickly (showing my wife, son and a couple of friends a few of the good places). 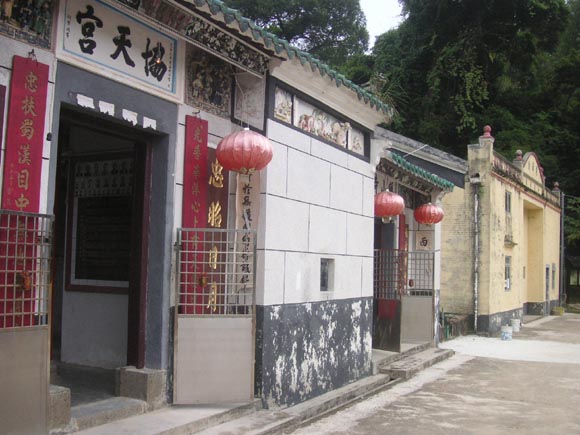 Had quick look at the temple. 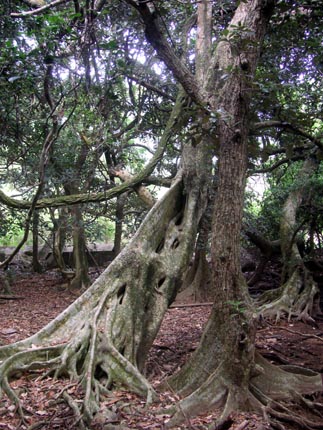 Then, to nearby stand of mangroves – some large, impressive coastal heritiera (HK’s largest mangrove trees; only found here), with grand buttress roots. Hung with big creeper, this stand has distinctly primeval look. 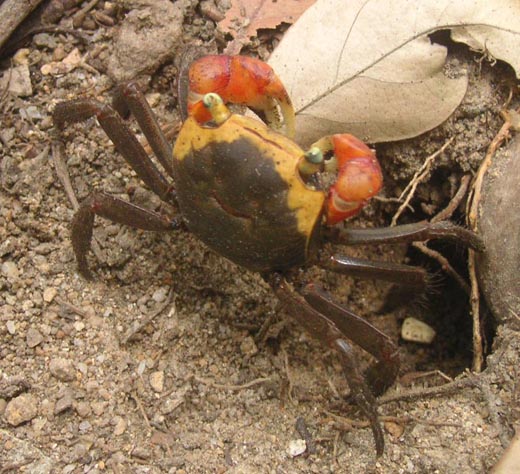 We walked a boardwalk, with crabs scuttling below. 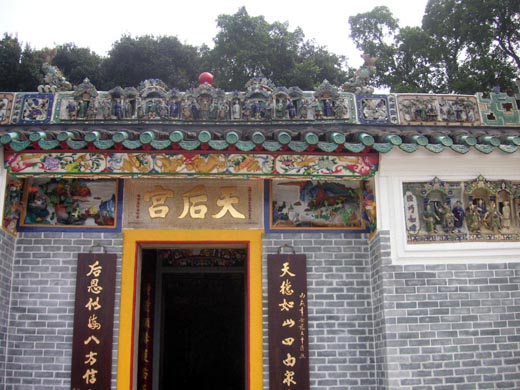 Then, back to boat, and across Double Haven to Kat O Chau – Crooked Island, where the temple had just been renovated. 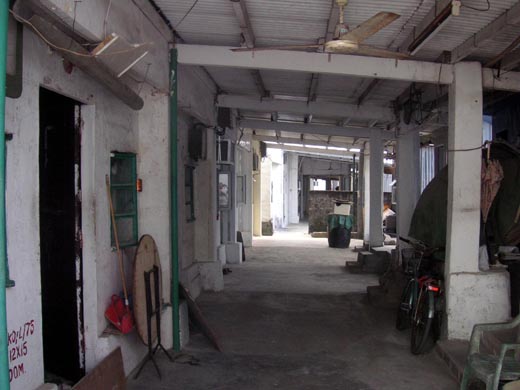 While the group ambled to the temple, we made only a flying visit, then walked swiftly back past the pier, and north for quick look around the Kat O Fisherman’s Village, with its tightly packed, small houses. 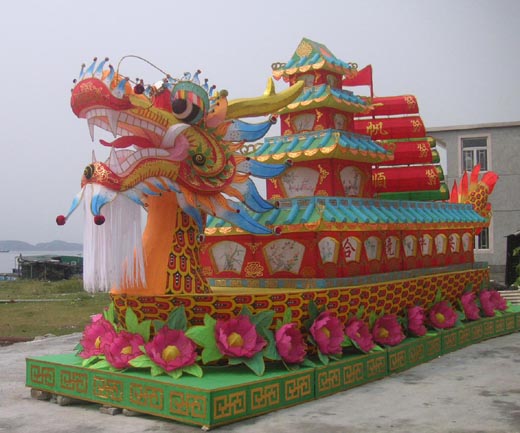 This impressive dragon float was surely ready for celebrations for completion of temple renovations. 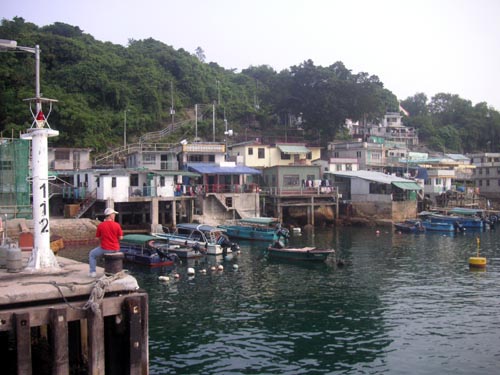 Next and final stop on the tour: Tap Mun (Grass Island), in the mouth of Tolo Harbour – a place I’ve been past, but had never set foot on before. 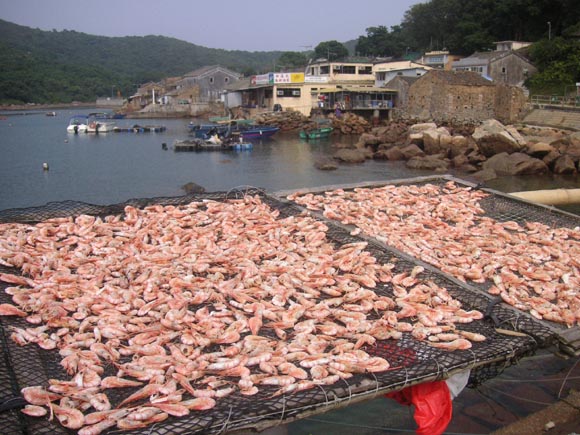 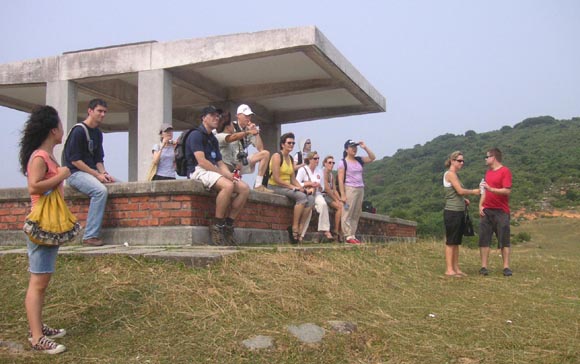 Here, mainly kept with the group; heading up to this vantage overlooking the unihabited (more exposed to elements) east coast. 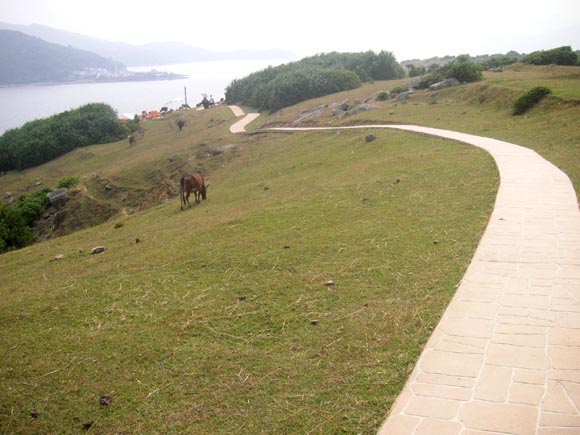 Walked the path along through short-cropped, grassy hillside above the east coast. 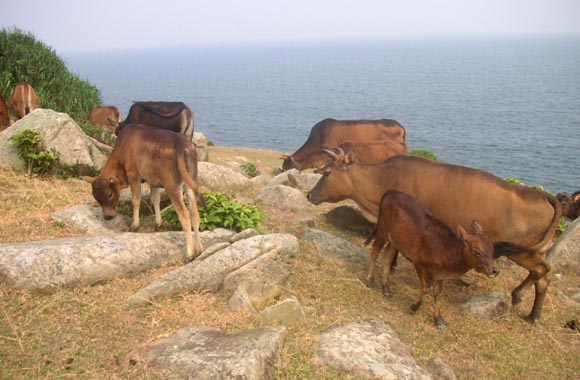 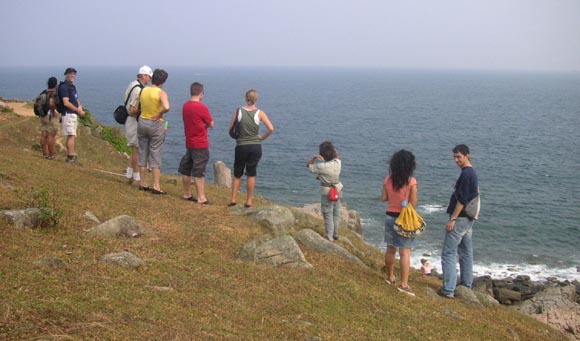 Good views; though of course too bad that views shrouded by the smog, prevailing now its autumn. 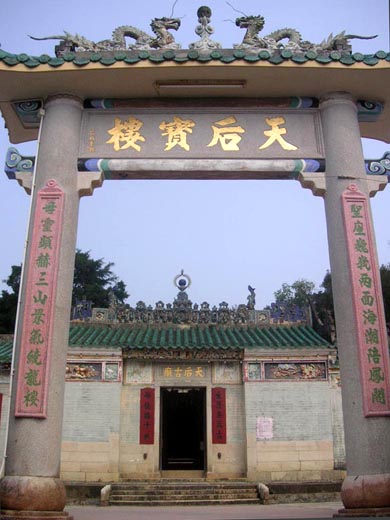 Then, back down past a Tin Hau temple.

Helped by the guide, bought some noodles at a small restaurant, to take on boat for much needed late lunch (tour lasts 9am to 3pm; could stop for lunch at Tap Mun, but only if don’t walk around there, seeing east coast etc).