With unglamorous Lung Mei on shore of Tolo Harbour such a centre of attention, it is worth considering just what “nature conservation” means.

If you’ve been to or just driven past Lung Mei on the north shore of Tolo Harbour, you might wonder why all the fuss about government plans to cover a stretch of coast with sand to make a swimming beach. There’s a jumble of rocks amidst a mix of mud and sand, lapped by shallow waters that are sometimes brown with silt. 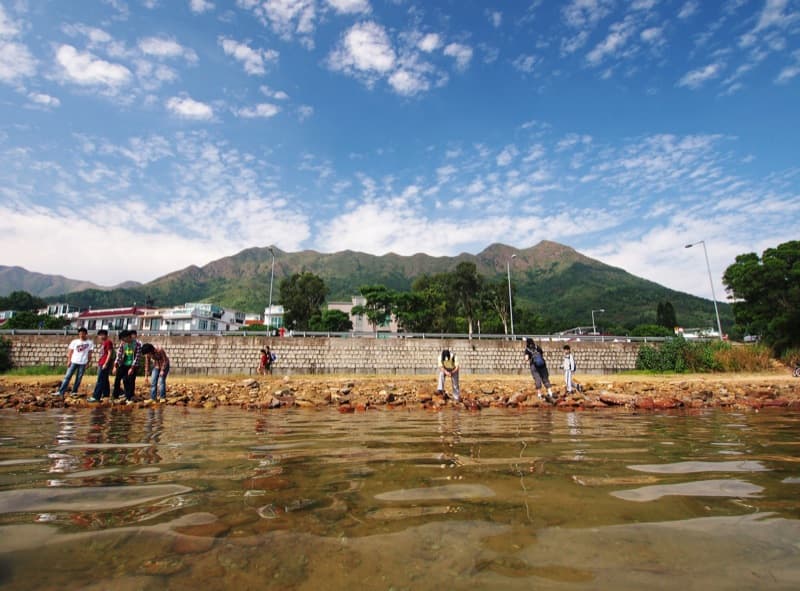 Though conservationists are fighting a tough rearguard action to keep Lung Mei as it is, there are no stellar flagship species – no pink dolphins, or spoonbills or otters. On a global scale, perhaps the most notable species are three kinds of gobies, which are small and rather nondescript fish, as well as Yellow Seahorse. These are among a mix of marine life found during surveys by paid consultants and volunteer ecologists.

With unglamorous Lung Mei such a centre of attention, it is worth considering just what “nature conservation” means. Perhaps if you think of conservation, you picture star species such as tigers, elephants and pandas, along with rainforests, coral reefs and other ultra-rich ecosystems. There certainly is emphasis on protecting charismatic creatures and places. And to some development-driven people, conservationists are troublesome fluffy-minded tree huggers aiming to return us to the Stone Age.

Conservation is, however, far more complex than these stereotypical images suggest. As well as protecting plants and animals simply because we like them, reasons for nature conservation include the fact that our own survival is interwoven with the fate of the natural world.

But how much nature do we need? What does nature really do for us? No one can answer the first question, but the second leads to benefits called ecosystem services.

According to a project known as The Economics of Ecosystems and Biodiversity (TEEB), there are four broad categories of these services. Provisioning Services are products derived from nature including food, water and raw materials. Regulating Services play roles in climate, pollination, waste treatment and keeping soil fertile. Habitat Services provide homes for species, whilst safeguarding gene pools. And fourthly, there are Cultural Services linked to human benefits such as recreation, ecotourism and cultural heritage.

In 1997, a team headed by ecological economist Robert Costanza estimated that 17 ecosystem services delivered an economic benefit of at least US$33 trillion per year, almost double the HK$18 trillion for total gross national product.

Given their importance, you might hope we would cherish these services. Alas no. According to the Millennium Ecosystem Assessment (MA), a four year project that was initiated by the United Nations and ended in 2005: “Over the past 50 years, humans have changed ecosystems more rapidly and extensively than in any comparable period of time in human history, largely to meet rapidly growing demands for food, fresh water, timber, fiber and fuel.”

There hasn’t been an estimate of the monetary value of Hong Kong’s ecosystem services. Thanks to pressing needs for fresh water, Hong Kong has been outstanding in replanting and safeguarding forests that help maintain streams and rivers flowing to reservoirs. Otherwise, ecosystem services have fared poorly.

Tolo Harbour and its surroundings bear witness to our too often cavalier approach to Hong Kong’s natural environment. In the 1960s, hard corals grew in the clear waters of inner Tolo Harbour. They’re gone now, wiped out by the pollution that flowed into Tolo Harbour with the advent of Tai Po Market and Sha Tin new towns. Sewage, livestock waste and heavy metals from industry killed so much marine life that I heard an assessment of inner Tolo Harbour being almost lifeless below the tide line. Starfish Bay, by present day Ma On Shan, lost its formerly abundant starfish.

Soon after I arrived in Hong Kong in the late 1980s, I was taken to Shuen Wan Marsh, east of Tai Po Market, to see an Oriental Stork – a global rarity that was a highlight among over 200 bird species recorded in the area. During the years since, the marsh suffered from illegal construction waste dumping, and housing developments in the surroundings. It is today a shadow of its former self, albeit a restoration project is underway.

At Sham Chung on the opposite, southern shore of Tolo Harbour, marshy former rice fields and a tidal creek formed Hong Kong’s second best freshwater wetland. But from around 1997, most of the marsh was destroyed, ostensibly to create an organic farm, more probably in preparation for building a golf course plus resort. Conservationists did, however, rescue a fish species that was later identified as Hong Kong paradise fish, which is known from a few wetlands in Hong Kong, and nowhere else on earth.

Few people strived to save the marshes and the marine life until most damage was done. Yet now there is an energetic campaign to save Lung Mei. Even if the beach is built, the shoreline and its inhabitants will not go without a fight.

The intensity of the Lung Mei campaign is more understandable given the background – whether you consider impacts to nature only around Tolo Harbour, or within all Hong Kong, or internationally. Though I haven’t seen the term “ecosystem services” mentioned, Lung Mei’s defenders highlight its wildlife, as well as strong potential for recreation and ecotourism, which fall into two of TEEB’s four categories. Beach proponents are pushing only for recreation, and mysteriously seem oblivious to the fact there are already two nearby swimming beaches, at and by Wu Kai Sha, which the government has earmarked for destruction.

Unsurprisingly to anyone familiar with environmental impact assessments, the Lung Mei EIA plays down the site’s significance, noting that the “rare” gobies are common nearby, and omitting mention of the seahorse being globally endangered. It also makes the outlandish claim that “The habitat can readily be recreated.” [Here, referring to additional info from consultant, for ACE.]

The Lung Mei shoreline should indeed be ordinary, but after so much has been lost, what was ordinary becomes extraordinary. Hence the intensity of the efforts by the Alliance on Protecting Lung Mei – which includes the Hong Kong Outdoors website I founded, though not in a lead role.

As the onslaught on ecosystem services continues here and worldwide, expect more conservation battles like the one fought over Lung Mei. Conservation is shifting to be less about tigers, elephants and pandas, more about a multitude of unsung places that may not seem outstanding individually, but in combination are fundamental to our existence.

Published as science column in Sunday Morning Post on 11 November 2012.