It now seems the country parks are under threat, through a potential surge in village housing in enclaves surrounded by country parks, and recent statements suggesting the government views protected land as ripe for development. Yet science shows they are invaluable.

According to the government, 40 percent of Hong Kong’s land area is designated as country parks and nature reserves. It’s an impressive figure. The Agriculture, Fisheries and Conservation Department notes that few countries have even ten percent of their land protected in parks.

In her book Hong Kong Country Parks, biologist Stella Thrower wrote of our first country parks being established in the late 1970s, and promoted by “a few clear-sighted men against a background of apathy and vested interest”. Yet it now seems the country parks are under threat, through a potential surge in village housing in enclaves surrounded by country parks, and recent statements suggesting the government views protected land as ripe for development. 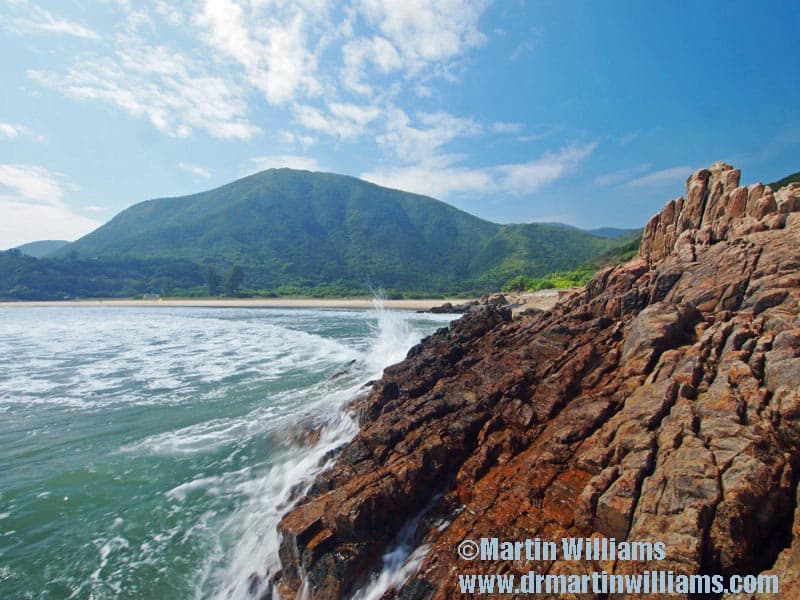 Development minister Paul Chan Mo-po sparked concern and outrage in September, when he wrote that society should discuss and explore the possibility of developing country parks. A spokesman promptly said this view did not represent the government’s stance. Yet this month, former non-official member of the Executive Council Franklin Lam Kan-feung said housing could be built on Lantau’s country parks, and so transform it from ugly duckling to white swan. He is on a new committee advising the government on developing Lantau, and fellow member Kaizer Lau Ping-cheung added support by suggesting that if country parks were developed, locals could find space to relieve the pressures of city life by travelling to mainland China.

Now given these were a government official and two advisers writing and talking, we can hope the remarks show they are “clear-sighted men”. Being a greenie, I might yell otherwise based on emotion, as I love our country parks. But what can science tell us?

Well, science follows the ancient Chinese dictum “Seek truth from facts”. And had these three gentlemen sought in this manner, they could have read a piece by business columnist Tom Holland, showing Hong Kong can readily meet housing demand without touching the country parks.

Further, Kaizer Lau seems to have only a tenuous grasp of even the most basic science. So basic, indeed, that you only need commonsense to appreciate that reaching rural parts of mainland China will require substantially more time and effort than visiting a country park that might be on your doorstep. Implying otherwise would require disbelief in, for instance, Newton’s laws of motion. Or perhaps Mr Lau will soon unveil a wormhole enabling instantaneous travel to nearby China?

Then, the three not-so-wise gentlemen appear to view the country parks as being like empty spaces, with land that can be improved by pouring concrete, and lots of it. We might even wonder if they have visited the parks, given Franlin Lam said there are few trees on Lantau. Had they done so, with eyes open, they would have seen that trees abound in country parks, including on Lantau. There’s a key reason for this: woodland plays a vital role in Hong Kong’s water supply. 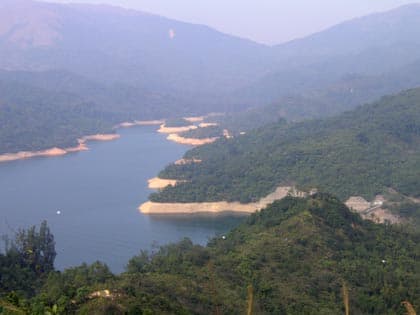 This role has been appreciated by the Hong Kong government since the late 19th century, when it began extensive reforestation to reduce erosion and silting of reservoirs on Hong Kong Island. As reservoirs were later built in the New Territories, their catchments were likewise afforested, or existing woods were protected – and today the vast majority of the watershed woodland is within country parks. Although much of Hong Kong’s water now comes from the Dongjiang in Guangdong province, around a quarter is from rain that falls on our hillsides. And given the Dongjiang is polluted and provides water for other thirsty cities, “We would certainly do well to start making better use of our own rainfall,” – as Christine Loh said in 2010, when she was Chief Executive Officer of Civic Exchange.

Loh is now under secretary for the environment, so perhaps might inform would-be developers of country parks’ under-appreciated but strategically important function in our water supply. Also, this is just one of the ecosystem services they provide.

According to the United Nations Environment Program, “Ecosystem services are the benefits people obtain from ecosystems.” They include food and water; flood and disease control; and recreational and cultural benefits. In combination, they “maintain the conditions for life on Earth.”

Officially, Hong Kong is set to place greater emphasis on safeguarding our ecosystem services, through developing a Biodiversity Strategy and Action Plan, as part of our commitment to the Convention on Biological Diversity. There’s a steering committee, with Loh as vice chairperson, along with working groups and focus groups, who have so far done quite a lot of talking about the plan (I know, as I’ve been amongst those talking).

Either word of the plan has not reached the ears of Messrs. Chan, Lau and Lam, or they figure we have little responsibility for helping maintain the conditions for life on earth. One way our country parks do this – along with many neighbouring rural areas – is through providing habitats for a wealth of plants and animals.

Trees are the most obvious plants, and help bind the soil – reducing landslides in addition to benefiting reservoirs. A notable species is incense tree, once cultivated for a local industry that gave rise to the name Hong Kong – Fragrant Harbour, and now illegally sought as the incense is valuable in China. There’s an impressive list of species that were first discovered in Hong Kong, and several such as Hong Kong bamboo, Romer’s tree frog and Hong Kong paradise fish are yet to be found elsewhere.

Just as Lantau has stunning landscapes, many of the plants and animals are beautiful. But beauty in many beholders’ eyes clearly does not sway development proponents, who seek more tangible benefits. For instance, Franklin Lam suggests developing Lantau’s country parks would reduce social ills.

Alas, this argument flies in the face of research showing that experiencing nature strongly benefits our mental and physical health. The findings are so persuasive that the Japanese government has established bases for forest therapy. A recent study overseen by Jenny Roe, a lecturer at Heriot-Watt’s School of the Built Environment, UK, found that strolling through a leafy park can reduce brain fatigue. Dr. Roe told the New York Times that a walk in a green space, “is likely to have a restorative effect and help with attention fatigue and stress recovery.”

So perhaps when people advise developing country parks, you can respond, “Go take a hike!” By doing so, they just might think more clearly, and come up with more scientifically sound suggestions.