On Hong Kong Island, Hong Kong Park and woods just above the skyscrapers are now home to an exotic bird species – yet this is an invasive that is globally rated critically endangered: the Yellow-crested Cockatoo. While demand for the pet trade has devastated its population in east Indonesia, the cockatoo has established a community here, perhaps after captive birds were released when the Japanese army invaded Hong Kong during the Second World War. Today, there are around 200 birds living wild on Hong Kong Island, around a tenth of the world population.

Urban parks also host wild birds, though birdwatchers note similar issues to Dr Benoit Guénard. “There seems to be an idea that parks should be kept clean, with good hygiene – and bushes may be a bit ‘dirty’,” says Yu-yat Tung, a research manager of the Hong Kong Bird Watching Society.

After Kowloon Park was redeveloped in 1989, its big old banyans plus extensive shrubberies helped make it a hotspot for migratory birds. The bird watching society was in contact with the park management, which established a Conservation Corner, with somewhat wilder vegetation. Yet in recent years, bird sightings have declined, as the park has become more manicured, and Conservation Corner sanitised. “The staff have changed,” says Tung.

Even so, recent years have seen the advent of a new birdwatching hotspot in the city – thanks to a combination of habitat, location, and pioneering observations by John Chow. Chow works as a technician in a school’s science laboratories in Ho Man Tin, and in 2012 a friend introduced him to birdwatching. For Chow, this was a turning point.

Chow had taken students on outings to learn of astronomy, but he found birds closer to humans, believing they could prove a greater inspiration for students. He began learning more, including through a course with Hong Kong Bird Watching Society.

While Ho Man Tin hardly seems a promising birdwatching area, Chow took a walk after school one day, to the wooded slopes of an underground reservoir. “I met a male Daurian Redstart, and was stunned,” he recalls. “It was a very beautiful bird, very close to me; I could see its cute face. After the redstart, I was very curious: What other species can I find?”

Chow started visiting almost every day – in the early morning, around midday, and after school. “I went for 40 minutes each time, and turned on my phone alarm so I would go back to the human world,” he recalls. “I feel when watching birds, you can forget the time. You need to concentrate, on calls, especially with forest birds. I find myself, not the birds!”

To Chow, common birds could be intriguing; he wondered if the various calls of Cinereous Tits indicate they are happy or sad, or want to chase you away. He also began finding migrants that are uncommon or even very rare in Hong Kong, including Narcissus flycatchers with black upperparts and brilliant orange-yellow underparts. News of his sightings soon spread among the local birdwatching and bird photography community, and Ho Man Tin soon rose up the ranks of Hong Kong birdwatching sites. “Many birders tell me it’s the best site for seeing flycatchers; in Tai Po Kau forest you can’t see them very clearly, as the trees are too dense.”

Chow has become a citizen scientist; a volunteer who contributes to knowledge of Hong Kong’s birdlife, through dedicated fieldwork and submitting observations to the bird watching society, along with taking students on outings to inform and inspire them about the natural world. “There are many special records from Ho Man Tin, he says. “Like the first spring black-headed Bunting; the first breeding plumage Tiger Shrike, the latest spring Yellow-browed Warbler. It’s most interesting some birds, such as Tiger Shrike, rest in Ho Man Tin more than in other parts of Hong Kong. Brown-chested Jungle Flycatcher [another Hong Kong rarity] visits Ho Man Tin, in the same tree, at the same time of year – it’s so amazing.”

Nowadays, maybe 10 to 50 birdwatchers may visit Ho Man Tin each day during the peak autumn period. Even more might gather when there’s a notable rarity, such as when a Fairy Pitta – a relative of thrushes, with plumage that would make a kingfisher proud – stopped over during spring migration, and local cleaners told Chow there were over a hundred people one day.

It seems the secondary woods on the reservoir slopes make it rather like an oasis in the city, with building lights maybe also attracting night migrants travelling over the Kowloon Peninsula. The woods were relatively unkempt, but the past year has seen workers move in to trim branches, and spray pesticides, much like in urban parks. “Cutting grass is okay, but why cut trees? – It’s very sad for everyone,” says Chow. “Morning exercisers also complain; they tell me, I may not have much money, but I come and see the green trees, and it makes me happy for the day.”

Written for the Croucher Foundation 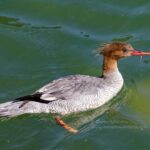 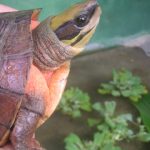 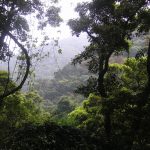 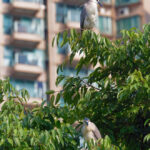 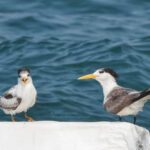 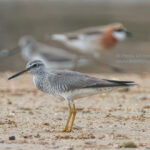 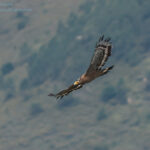 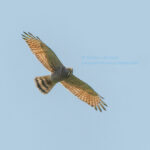 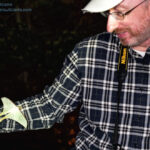 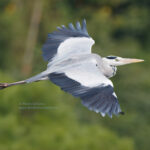 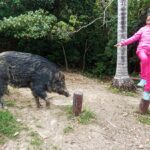 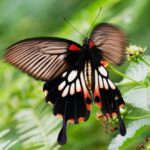 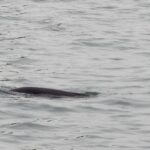 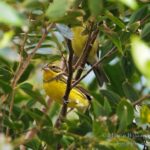 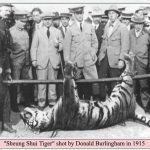 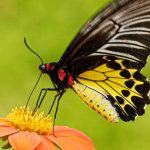 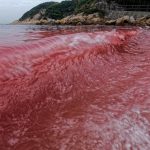