Whistlestop tour of Hong Kong, focusing on hiking and scenery. 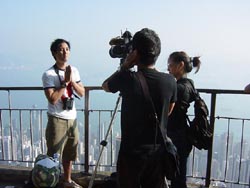 The tv crew is making a series on extreme sports – told me that for Thais, hiking is something of an extreme sport. I’d been phoned about it a couple of days before; and we had one day for shooting. Happily, the weather was decent.

We started on the Peak, Hong Kong Island – for views over the city and harbour, and some introductory guff. The air was unusually polluted for a summer’s day – an easterly wind had brought in murk more typical of winter, shrouding distant hills in grey.

But, we still managed some fine scenery during a jaunt through Hong Kong’s hills and valleys, with stops at an old village, and a great waterfall. 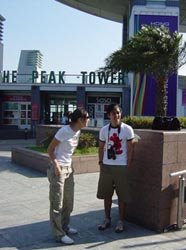 From Victoria Peak, to the New Territories, and Tai Mo Shan

The two presenters acted out a meeting at the upper Peak Tram Station – the only bog-standard tourist spot on our itinerary, though at this time on a Sunday morning we saw no obvious hikers, but several hikers setting off along routes including the Hong Kong Trail.

Then, we dropped into Wanchai, for breakfast in a sort of dai pai dong in the city. And the filming day proper began. 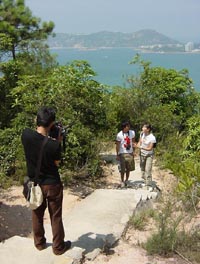 We headed to southeast Hong Kong Island, and hiked up to Dragon’s Back. 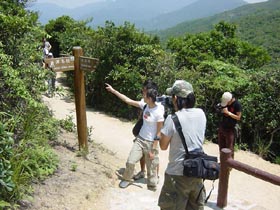 There was chance to explain that Hong Kong has well signposted trails. 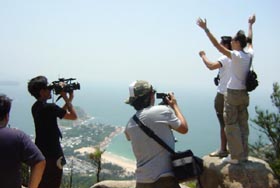 Then, from the ridge, marvellous views across Shek O and the South China Sea. 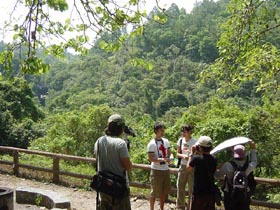 Next up, we took our minibus across to Kowloon, and northeast to Tai Mei Tuk, where we stopped for lunch.

Then, into the northeastern New Territories, to Bride’s Pool. 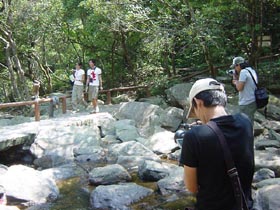 More of a stroll than a hike here, really – but it was a hot day, and the crew wanted to experience variety rather than just hike a single trail (before knowing they wanted to see variety, I’d suggested Tai Long Wan, Sai Kung; in hot weather it’s maybe a bit much to combine this with several other places). 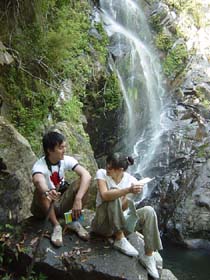 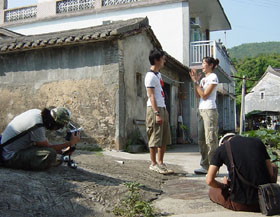 A short ride from Bride’s Pool, and we investigated Wu Kau Tang – one of few Hong Kong villages that are still inhabited by more than a handful of people, yet retain traditional character. 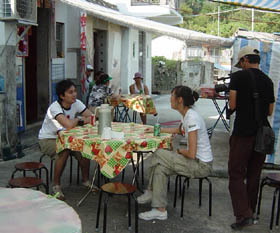 Also stopped for refreshments here, playing responsible eco-tourists by buying drinks from villagers (who, a table of diners reported, cook up some fine chicken, pork and vegetables).

Then, with the extreme sports crew mostly a bit tuckered out, on to our next and final destination… 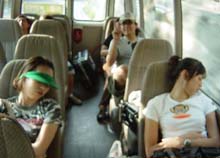 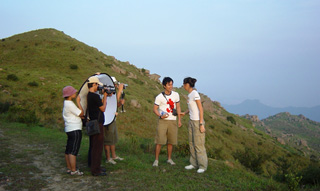 Hong Kong’s highest mountain, Tai Mo Shan – where the presenters revived for some lively banter with the harbour and city as backdrop; we could just about make out the Peak, where we’d started over 11 hours ago. 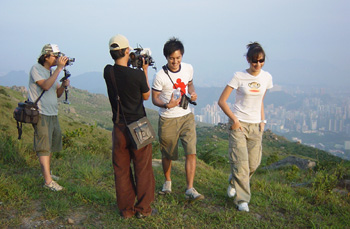 And that was that. It’s a wrap.

(Time, the presenters said, to go off and do some shopping!)