Can you do anything to protect yourself against air pollution? Answer: you can try, but the best way is to have cleaner air; or even move!

As I write, it’s a warm, sunny afternoon without a cloud in the sky. On the face of it, this is a lovely day. Yet checking the Hedley Environmental Index website, I find that air pollution levels are “very dangerous”, and from midnight to 1pm today there may have been four preventable deaths and 11,505 doctor visits attributable to breathing Hong Kong’s filthy air. For the money minded, there’s also a counter indicating economic costs, which by the time of writing are over HK$57 million and rising fast.

But even our filthy air seems almost pristine compared to the astonishingly dense smog afflicting Chinese cities including Beijing, where on 12 January the US embassy recorded 886 microgrammes of small particulates per square metre: that’s 35 times higher than the World Health Organisation’s short term (daily) air quality guideline, which should not be exceeded on more than 3 days in a year.

While Hong Kong’s former chief executive Donald Tsang seemed little concerned regarding air pollution, describing it as “a question of visibility”, CY Leung has acknowledged that air pollution impacts public health. Indeed, research suggests that in Hong Kong, it results in over 3000 deaths and seven million doctor visits per year. Each kilometre reduction in visibility is associated with an increase in daily deaths from pollution; by Friday this week, visibility reported by Hong Kong Observatory was under 16km – well below the maximum of over 50km.

So, what can you do to protect yourself?

One apparently promising countermeasure is using an air purifier. These have surged in popularity in China, with sales through the Gome website recently up by 700 percent compared with previous years.

Even China’s leaders are using air purifiers, revealing a far less nonchalant attitude to air pollution than did Donald Tsang. In autumn 2011, a manufacturer boasted that of selling over 200 of their US$2000-per-unit air purifiers to the Zhongnanhai leadership compound. “Creating clean, healthy air for our national leaders is a blessing to the people,” trumpeted the company’s promotional material, with endorsements from officials such as Long Yongtu, who insisted on bringing a device along for car rides and hotel stays.

Home air purifiers include devices that use electrical charges that cause particles to attach to surfaces or one another. But these can also create ozone, which is itself harmful to health. Some purifiers remove gases from the air, and may target relatively few chemicals. Others chiefly filter out particulates, the best being high-efficiency particulate air (HEPA) filters, and these may be the preferred option for trying to reduce air pollution at home.

Yet though filters can indeed reduce particulate levels, there is little to provide confidence that they really safeguard health. “I would be wary about implying you can get a benefit from any kind of filter in the home,” says Anthony Hedley, Honorary Professor of the School of Public Health, the University of Hong Kong – who is a long-term advocate of better air quality and key developer of the index bearing his name.

Hedley would not argue against any measure which might improve indoor air quality, especially for people who have symptoms and problems such as asthma, but in intensely polluted environments like Hong Kong excluding or controlling particles and gases from people’ homes sufficiently to protect health is difficult. “Filters can definitely reduce pollutants in a confined space but we need to go out to work and school and other activities of daily living,” he says. “In such a situation I don’t know of any good empirical evidence that there are long term benefits from using filters, such as for asthma and bronchitis.”

Reflecting his role in promoting community health, Hedley also remarks that it is out of the question that seven million Hongkongers can benefit from filtered air at home, as purifiers are costly compared to median income. In addition there is a question of how much difference a reduction in pollutant levels at home can make because “Pollutants have most of their effects at relatively low levels compared with our usual daily exposures” notes Hedley. “Even for intra-uterine growth in pregnant mothers, there are very clear effects of nitrogen dioxide or PM2.5 [small particulates] at levels way below WHO guidelines. The idea that filtering would make a difference to our overall exposures and risk  in Hong Kong is probably pie in the sky.”

Even if filters are used by people who are more susceptible to air pollution, and who can afford it, Hedley notes this would exclude the most deprived and vulnerable people in society, who are more likely to live in older buildings where doors or windows are often open. And, with electricity consumption requiring fossil fuel burning, he wonders about the net benefit to economic health and quality of life.

Searching online reveals that there have been some overseas studies on use of air filters for combating air pollution. In Canada, portable air cleaners reduced particulates in homes using wood stoves, and there were improvements to residents’ blood vessels, suggesting the filters might decrease the risk of health effects from the wood smoke. A Danish study found that HEPA filtration removed more than half of the ultrafine, fine, and coarse particles in homes of elderly people living near highways, and significantly improved the function of the tiniest blood vessels.

These results appear promising, but more research, such as large scale controlled experiments, is needed to overcome the misgivings of experts such as Hedley.

Face masks are also used to combat air pollution. Though Hedley considers the cheap paper masks are a “waste of time”, in the 1990s his research team equipped Hong Kong police on foot patrols with neoprene masks with carbon filters. There were some improvements in health indicators, but Hedley recalls, “The masks were uncomfortable and hot and the police didn’t like them – they looked like Darth Vader.”

Another way of reducing air pollution effects is to move from the worst hit areas. Media stories have told of people – including Hedley himself –departing Hong Kong to avoid the pollution that was playing havoc with their health. Yet simply avoiding being too near busy roads might help a little, as some studies have shown traffic pollutant levels are significantly lower at distances of over 150 metres away. Then, Hedley says air is usually a little better the higher you are in a building.

Even so: “In this filthy, high pollution environment, it’s a challenge to protect yourself,” concludes Hedley. “The only way of minimising health impacts is to improve Hong Kong’s air quality.”

With this grim prognosis, and the fact cleaning our air would be a monumental task, it may be wise to turn to other kinds of indoor air cleaners that are recommended on the internet: houseplants. You can find these billed as “living air purifiers”, though sadly, a scholarly review suggests benefits are trivial. But at least they can look good, and with research suggesting greenery boosts health and well-being, having more houseplants around might make you just a little less stressed from wondering if you might become one of the Hedley Index statistics. 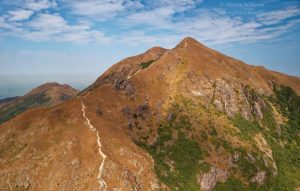