I’m fascinated to look around Cape Town, partly as I’ve found it mentioned in a report on cities and biodiversity, according to which ecotourism is among the significant benefits Cape Town derives from the natural environment.

Wow – look at that for a view! Across a bay lie green hills and a headland topped by a craggy summit, with a fishing town on the shoreline. There’s a blue sky with wispy clouds, and not a hint of pollution. Atlantic waves roll in to the rocky shore in the foreground. 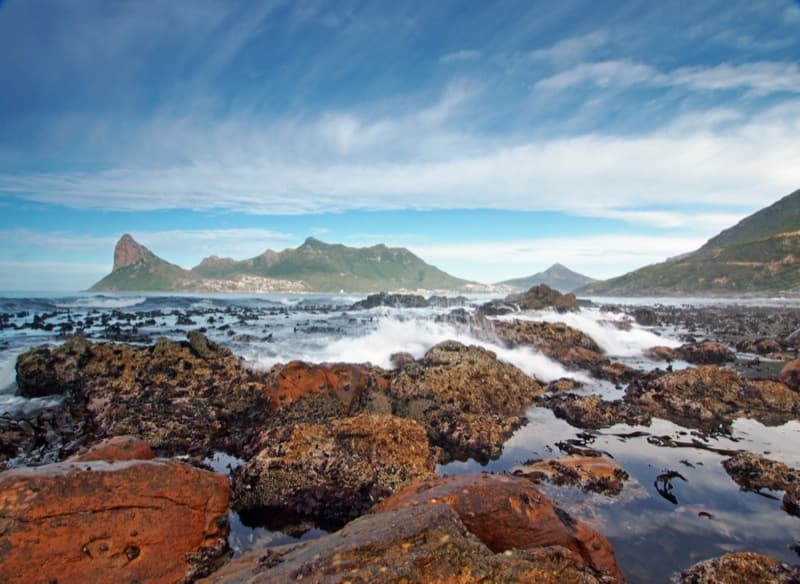 And this as I’ve just got out of bed, and looked out from my hotel below Chapman’s Peak Drive, a renowned scenic route. It’s a great start to my first visit to Cape Town, South Africa. But there’s far more to do. I clamber across the rocks, taking photos as the sun rises, then have breakfast with Jose Cortes, co-founder of Asia to Africa Safaris, which has arranged my trip. He tells me of leaving a career in investment banking to bring people on safari, and waxes lyrical about great places to explore and wildlife to encounter.

As we talk, there’s wildlife on view, with gulls swooping after fish, scarce African black oystercatchers – shorebirds that indeed feed on molluscs – flying by, piping shrilly. Then, my carriage awaits: well, a car with Clive de Villiers as driver-guide. And we’re off, to see the wild side of Cape Town.

I’m fascinated to look around Cape Town, partly as I’ve found it mentioned in a report on cities and biodiversity, according to which ecotourism is among the significant benefits Cape Town derives from the natural environment. As there are some parallels with Hong Kong, such as the warm climate, the coastal location and the main city nestling below hills, I figure there may be some lessons to be learnt here. 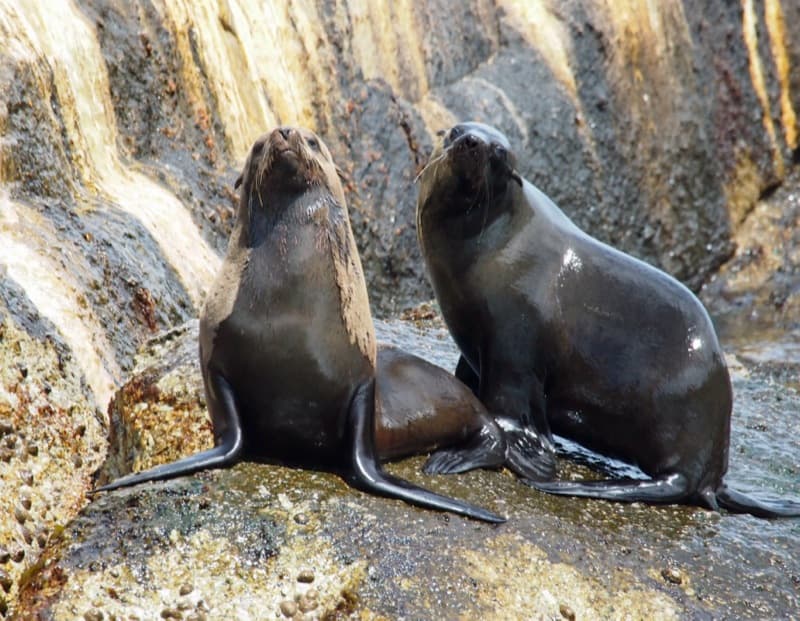 The first stop is the fishing town, Hout Bay Harbour, to join the kind of tour that’s not possible in Hong Kong: seal watching. There’s a short boat ride to a low, rocky islet packed with Cape fur seals. It looks to me as if a few large waves could sweep them all into the sea, but I later read of at least 6000 breeding here. Seals abound above the tideline; some plunge into the water, joining others that appear to be resting on the surface, but put heads underwater to watch for fish to eat or even great white sharks that could eat them.

Driving north along the coast, we pass through suburbs in bays at the foot of hills. I’m reminded of southern Hong Kong Island, though hyper-crowded Clifton has low-rise apartments on land so steep that some residents use mini funiculars to get home. Other places are less packed; Camps Bay is set in a sweeping bay with expansive beach, a little like Repulse Bay minus tower blocks. “Meryl Streep is here, making a movie,” says de Villiers, but there’s no glimpse of her or co-stars.

I reflect that when it comes to Hong Kong, Hollywood nowadays arrives for dystopian scenes, with officialdom and the world at large seemingly oblivious to the many-splendoured aspects of the city. In Cape Town, by contrast, leaders and planners seem intent on maintaining and presenting a positive image.

Nearing downtown Cape Town, I pass gleaming office towers, then find the old city still looks vibrant, with the magnificent City Hall dating from British colonial days yet very much part of modern South Africa: “Nelson Mandela made his first speech on the steps here, after being released from imprisonment,” de Villiers tells me. 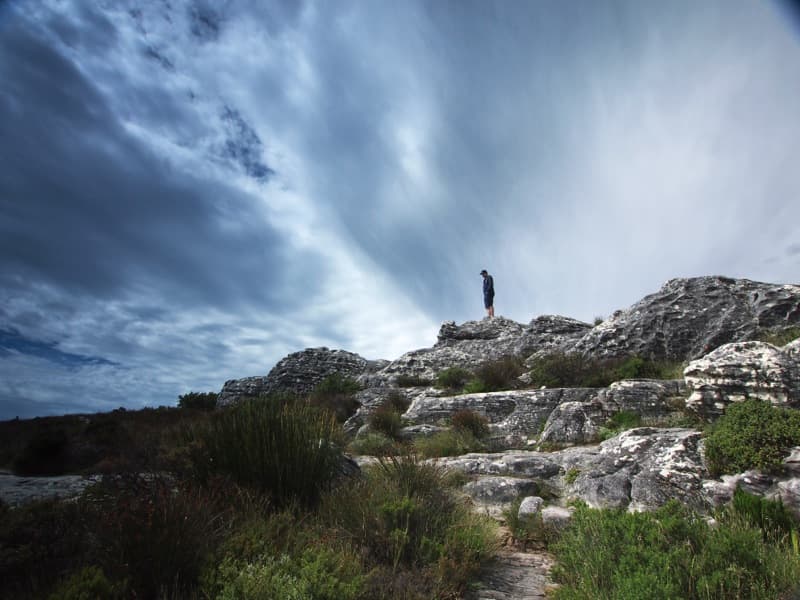 There’s a cablecar ride up Table Mountain, centrepiece of a national park inscribed as a Natural World Heritage Site. The top is not flat like a billiard table, but has paths winding over the gently undulating ground, to vantages looking over the city, and southwards across the hills and coastline of Cape Peninsula.

As sunset approaches, we call in at Kirstenbosch, the national botanic garden. It’s an exquisite place, dedicated to the unique flora of this corner of Africa. With time tight, we move swiftly to an area where de Villiers has seen spotted eagle owls. We find them right beside a path. The male and female sleepily monitor humans watching them, and two downy nestlings stand by a flowerbed, surely hoping to be fed soon.

The next day I’m collected by another guide, Rob Byram, and we head south down Cape Peninsula, bound for the Cape of Good Hope – an almost legendary place in seafaring history that I’d never expected to see.

As with many English resorts, there’s a seabird colony nearby – but the birds here are African penguins. A boardwalk leads close to several nests on a protected stretch of sand, and at a nearby beach I watch four more penguins waddle past bathing children.

There are more seabirds at the Cape of Good Hope. Hundreds of terns and cormorants are perched on rocks, occasionally shifting positions as the tide rises and surf pounds in. Though famous, the cape is just a stub, by promontory, but its surroundings are sublime: to either side are white sand beaches, and inland is a rolling landscape carpeted by flowering shrubs. 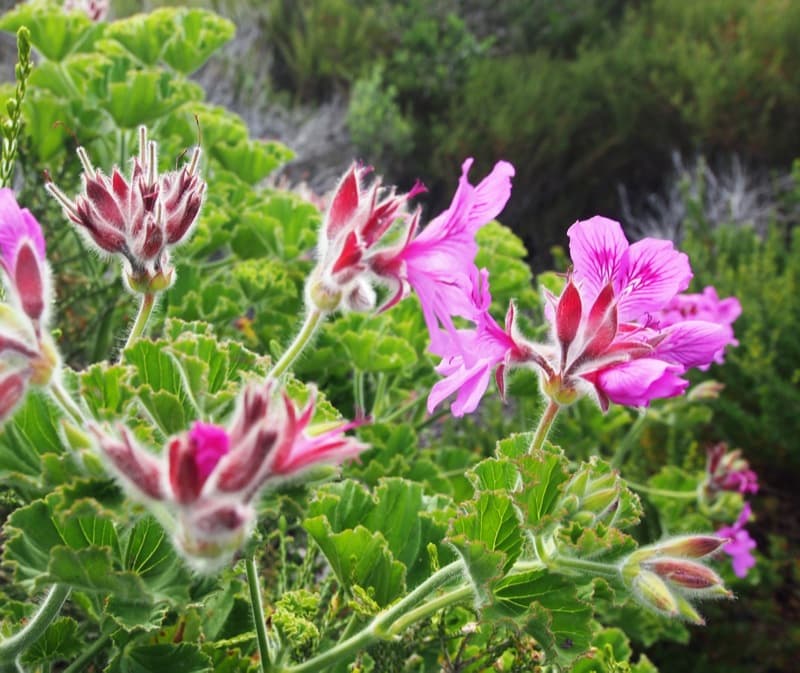 A family of ostriches strolls alongside the road, and an antelope rests on a grassy patch. But there’s no sign of Cape zebras, which are now so rare that Byram has only seen them twenty times in over 600 visits to this area. Lions and elephants are among mammals that have become locally extinct. Even so, the peninsula is a natural treasure trove, thanks to being within the Cape Floral Kingdom. This is one of just six floral kingdoms worldwide, and despite occupying a relatively tiny area includes over 9000 plant species.

Byram tells me the vegetation here is known as fynbos, and points out primeval looking shrubs called proteas, as well as geraniums that would be familiar to gardeners worldwide.

On a map, I’ve noticed a nearby village is called Scarborough, just like my hometown in the UK. I’m intrigued to visit, and Scarborough becomes our last stop of the day. “The residents decided to make it a conservation village,” Byram tells me, and it proves a beautiful place, with beach and rocky coastline backed by low houses  amidst gardens with native plants. Some houses offer self-catering accommodation. 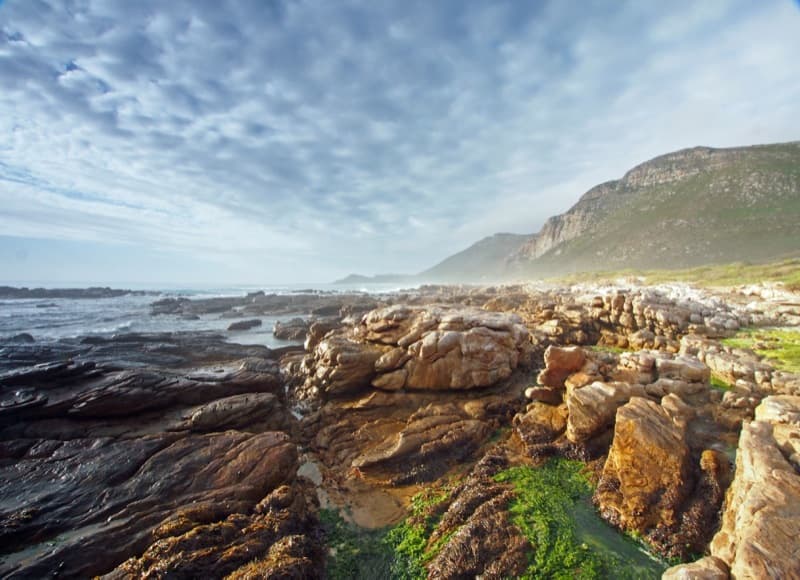 Again, Hong Kong could learn from this place: imagine a New Territories village or two transformed into homes and holiday houses, designed and set amidst gardens so they complement instead of clash with the surroundings.

This may seem an outlandish idea, yet Cape Town shows what’s possible. As recent reward for strategies spanning heritage and nature protection, and responsible tourism, Cape Town was recently ranked first in the New York Times list of 52 places to go in 2014. Hong Kong, with its tens of millions of “tourists” per year, didn’t make the list.

I travelled with Asia to Africa Safaris.