Kowloon Park (九龍公園) makes for a pleasant green escape from the city streets. 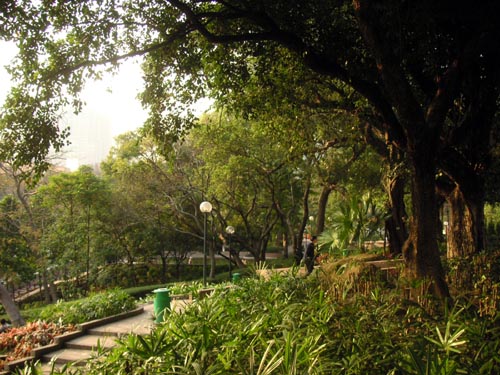 Set right by the busy streets of Tsim Sha Tsui, Kowloon Park (九龍公園) makes for a pleasant green escape from the city streets.

It's roughly rectangular, and easily covered in a circuit that you might start in the southeast corner, behind the mosque on Nathan Road (beside Tsim Sha Tsui MTR station exit A). 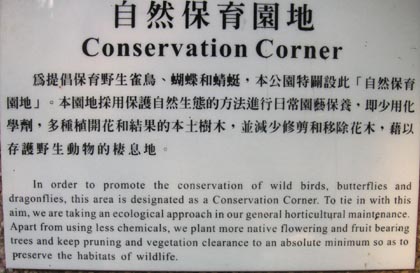 Turn right soon after the entrance, and you'll find Conservation Corner, where vegetation has been allowed to grow relatively wild. 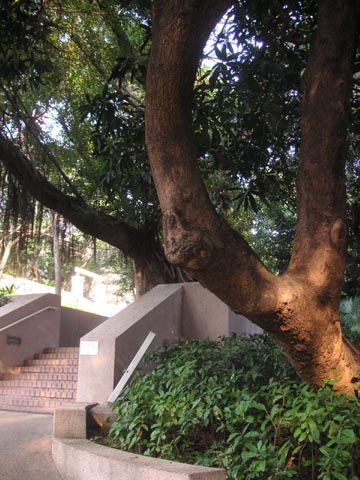 This is one of the best birdwatching spots in the park, which – like a green oasis amidst the city – holds a fair mix of resident birds, and attracts passage migrants. Here, you can readily see typical Hong Kong birds such as magpie robin, black-necked starling, with a fair chance of koel (a cuckoo, named for its song), and one of our most exotic looking birds, blue magpie. The migrants are chiefly songbirds, and – especially in spring – Kowloon Park can be a good place to check for warblers, thrushes, and flycatchers such as Japanese paradise and blue-and-white. 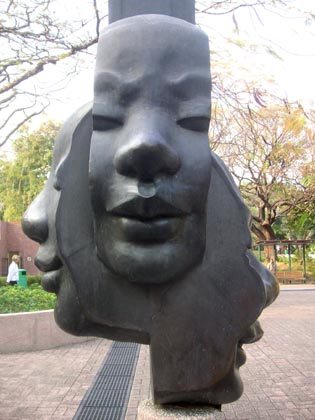 On from Conservation Corner, there's a Sculpture Garden, with various sculptures, ringed by seats below some wonderful old trees (several of which have signs indicating they are the focus of sponsored conservation initiatives). 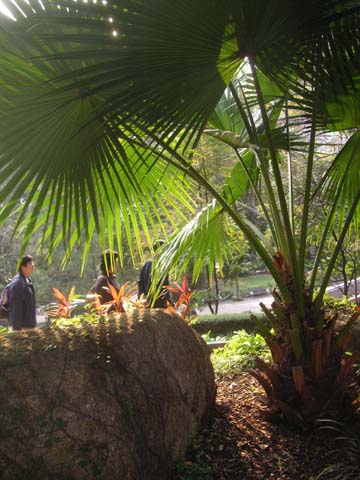 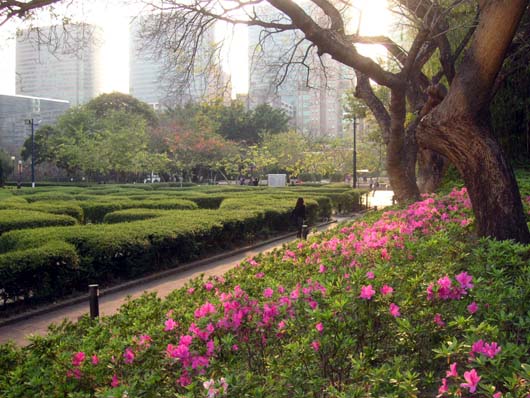 Next along the Nathan Road side of the park, there's a small maze, and beyond this another area with big old trees (dating from the time the park site was a barracks). 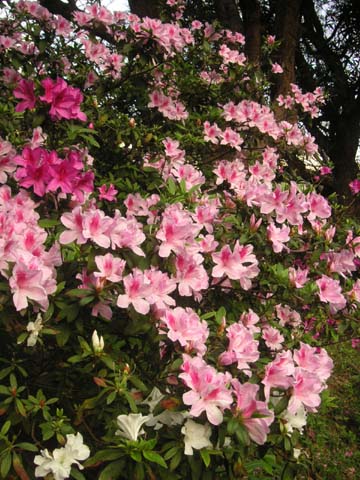 There are shrubberies, with azaleas (here, flowering in March). Also ornamental pools with – when bird flu isn't causing a scare – captive flamingos and ducks. You can also find an aviary, and an old barracks building that's now dedicated to history. 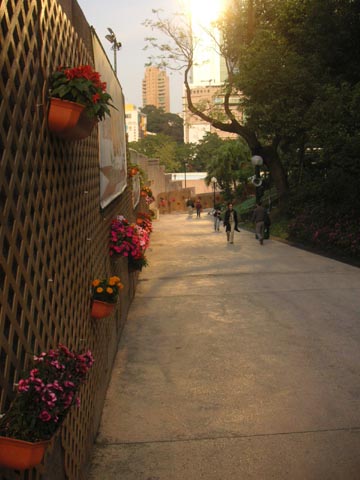 Kowloon Park – Historical Background is part of a section on the park on HK Govt Leisure and Cultural Services Dept site, with links to more pages, including map and other info.