Lamma lies just west of Hong Kong Island, and offers a great contrast to the city.

Lying just west of Hong Kong Island, Lamma Island (南丫島) has a reputation as a hippie haven. This image is perhaps outdated, but Lamma does offer a great contrast to the city, and its six thousand or so residents include a fair proportion who have come in search of an alternative lifestyle: maybe focusing on arts and crafts, or wanting to live somewhere rural whilst commuting to a city office.

Over 80 percent of Lamma folk inhabit the north of the island, especially in and around the largest village, Yung Shue Wan. With no cars or trucks on the island (apart from in the giant power station complex, that is!), this is a pleasant place to wander around – even the “Main Street” is just a footpath, leading from the ferry pier and past waterfront shops and restaurants.

Though the south of the island offers Lamma’s best hiking, there is a pleasant, easy walk from Yung Shue Wan in the northwest, south to the village of Sok Kwu Wan on the central east coast. As there are ferries serving both places, you can readily catch a ferry to one of these villages, walk to the other, then return to the city. Here are some photos and notes from places en route (YSW to SKW). 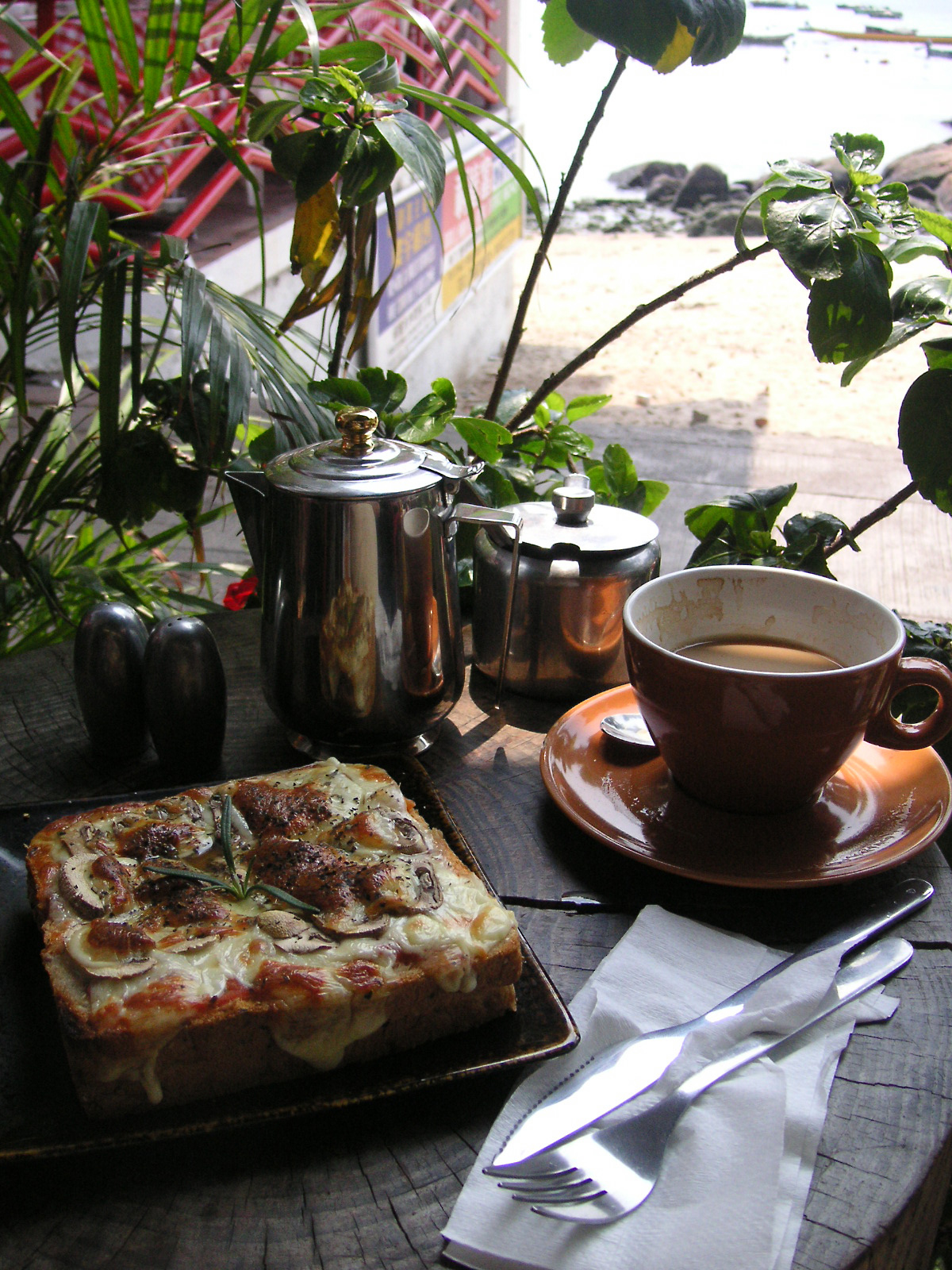 One of the places just after the Yung Shue Wan ferry pier is Green Cottage, a store and cafe with organic/veggie foods, and a menu with dishes including (here) cheese and button mushrooms on toast, with homemade vegetarian pate.

“Aha!” I thought, seeing this stall. “This must be the company that makes the Lamma products I’ve seen in Citysuper.” But no, turns out the company’s not related, though the labels look similar. This is

Looking like it could be way out in the New Territories, this area is just on the fringes of Yung Shue Wan. 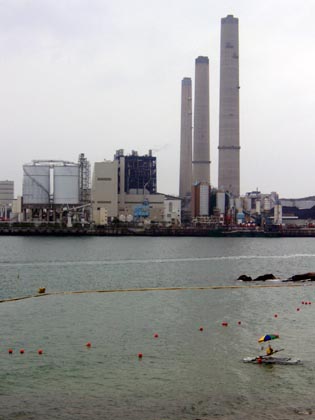 Hung Shing Yeh is a popular beach; bit odd though, as it’s smack beside the power station.

Just past Hung Shing Yeh is this place – Hong Kong’s first organic herb farm. Has a small tea house, with a list of organic teas as long as your arm. 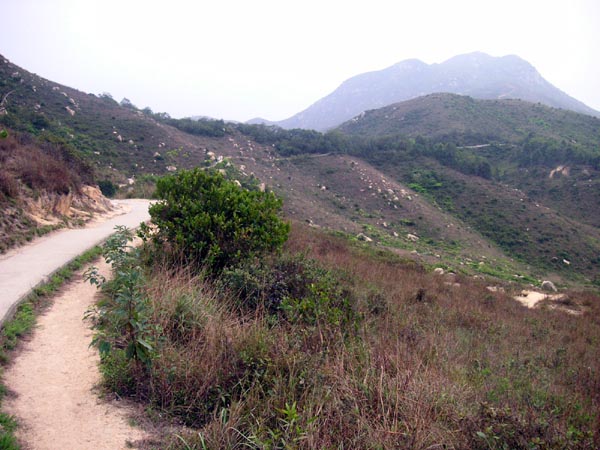 South of Hung Shing Yeh, the trail runs up and over low hills. Deforested, impacted by fire and erosion, this isn’t a lovely landscape; but you get good views over the sea, and to Mount Stenhouse, highest peak on Lamma. 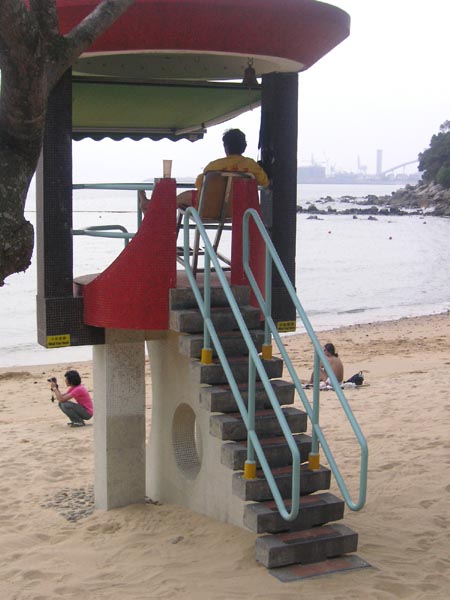 After you drop from the hills, there’s a possible detour right, to Lo So Shing Beach. Pleasant enough, though small; secluded, yet the power station is still prominent.

There are tunnels cut into the foot of the hillside near Sok Kwu Wan – the Kamikaze Grottoes. They’re said to have been built by the Japanese when they occupied Hong Kong during the Second World War – and to have housed fast boats that were supposed to launch kamikaze attacks on Allied shipping.

Sok Kwu Wan village seems to be little more than a row of seafood restaurants; they have extensive wine lists, a shop sells cigars (and fine cognac?) – so it’s hardly an authentic South China fishing village restaurant area, but instead caters to cty folk. Tsk! (I write, as a Cheung Chau denizen – you want authentic, we’ve got authentic.)
The Genuine Lamma Fishing Seafood Hilton Restaurant Village thingumijig might have a long name, but seems an ok place to sit to wait for a ferry, and down a beer or two.

A fishermen’s folk village is a relatively recent addition here; perhaps well worth a look.